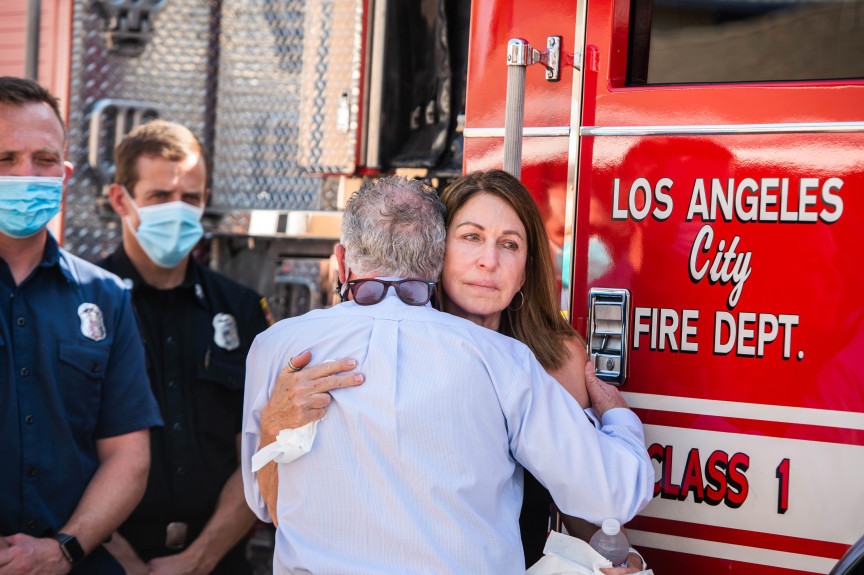 At a time when the suicide rate among firefighters increasingly concerns officials, fire crews and their families have a new center in a former firehouse where they can go for behavioral health treatment.

The center is the first in the state to serve firefighters and their families with counseling, stress management, resiliency training and alcohol and drug addictions. The UFLAC/LAFD 24/7 Peer Support Team, with 100 firefighter members, will also be run out of the center.

LAFD Chief Ralph Terrazas said he realized when he became chief that he had to do more for behavioral health in the department. “Last year, across the country, more firefighters were lost due to suicide than line-of-duty deaths. Think about that,” he said during the opening. “That’s huge.”

Carol Tucker attended the center’s opening to talk about her personal recovery. Her firefighter husband of 37 years committed suicide last year after a stroke at age 59, she said. They were high school sweethearts and raised two girls.

After two days in the hospital, a doctor told him his health would not allow him to be a firefighter again, Tucker said. “This is what I am,” he said in response. Weeks later, he took his own life.

“It’s been hell,” Tucker said. “I looked forward to taking care of him.”

After wiping away tears, she  stood next to many of the people who made the center possible while Council President Nury Martinez cut the red ribbon to officially open the new center.