Beaches in LA County are closed with dangers of lightning strikes 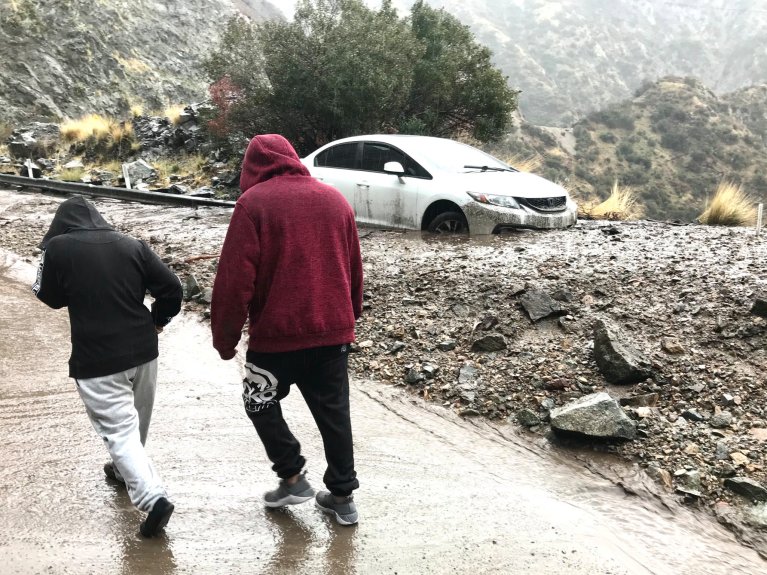 Beaches throughout Los Angeles County were ordered closed on Friday, Jan. 29 due to the danger of lightning strikes accompanying the winter storm that moved into the region.

The storm that began Thursday evening, Jan. 28 and continued into Friday morning caused a mudslide that shut down Highway 39 in the Angeles National Forest in Azusa. The mudslide was reported at around 6 a.m. near mile marker 18 in the San Gabriel Mountains. The highway was shut down in both directions as crews worked to clear the road.

Similar to other regions in Southern California, authorities in Los Angeles County were concerned with mudslides and debris runoff in wildfire burn footprints, though none were reported in residential areas.

The National Weather Service forecast off and on showers through the day with some isolated thunderstorms and small hail possible.

“Any thunderstorms that develop will be capable of producing brief heavy rain or mountain snow, small hail and gusty winds,” the forecast details.

Most areas will end up with an extra quarter to a third inch of rain, with local amounts up to 0.75 of an inch or higher in the eastern San Gabriel mountains, meteorologists said.

On top of possible lightning along the beaches, surf is expected to reach about seven feet at beaches in Los Angeles County through noon then will subside.

The mountain areas of the county were expected to see four to eight more inches of snow above 6,000 feet, with a total of about one to three feet of snow.