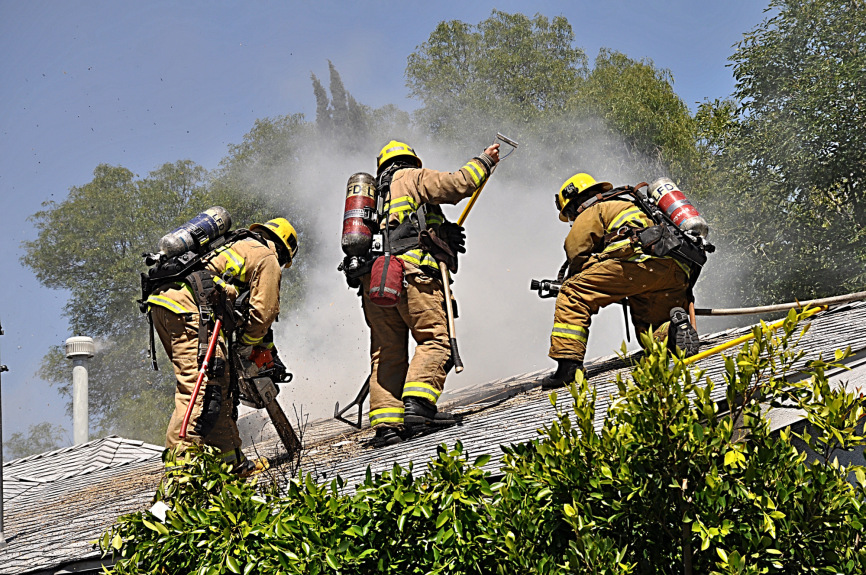 Fire from an exploding barbecue propane tank spread Monday afternoon to a Granada Hills home where a double roof made extinguishing the blaze difficult for firefighters.

The Los Angeles Fire Department sent 31 firefighters to the home on the 10600 block of Andasol Avenue at Kingsbury Street about 2:04 p.m., said spokeswoman Margaret Stewart.

It took 27 minutes to put out flames in the attic, which firefighters say appeared to originate from an exploding barbecue propane tank, Stewart said.

Fire crews needed extra time to cut through the home’s double roof to make sure the flames were fully extinguished, she said.

Firefighters were able to keep the flames from extending into the home’s interior, and they remained at the home to save its contents from water damage, Stewart said.

No injuries were reported, and a damage estimate was unavailable.