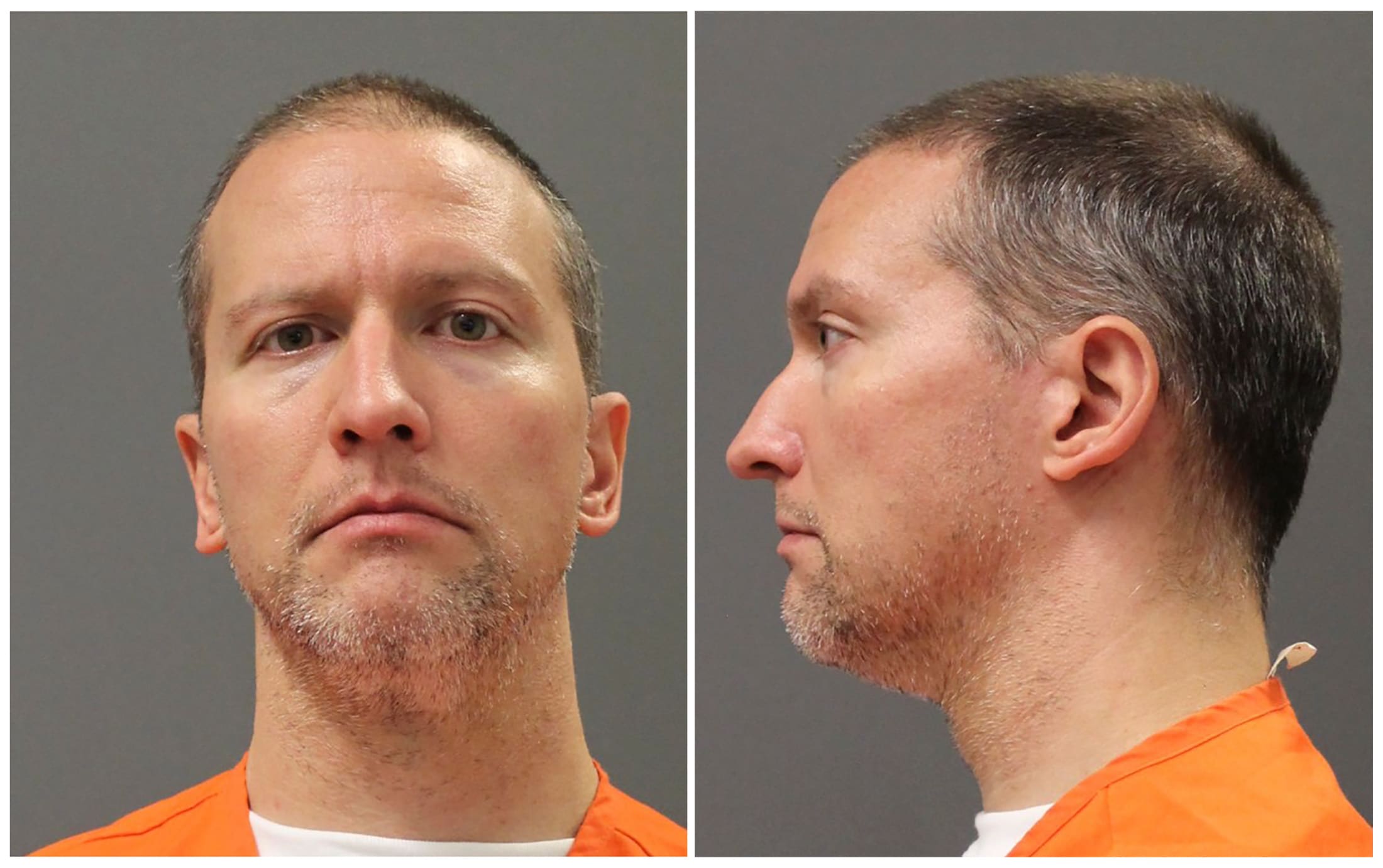 Ex-Minneapolis police officer Derek Chauvin, who pressed his knee on George Floyd’s neck for nearly nine minutes as the man begged for his life, had his bail set at $1.25 million during a Monday hearing.

Like his fellow officers who were arrested, Chauvin was offered a reduced bail of $1 million if he agrees to certain conditions, including that he not work in security or law enforcement, not have contact with Floyd’s family, not leave Minnesota and surrender all firearms and permits.

Wearing an orange prison jumpsuit, Chauvin appeared via video link. He is being held at the City Hall jail across the street from the public safety facility where the hearing was held, according to inmate records.

Defense attorney Eric Nelson did not object to the bail amount and said he’d reserve any bail issues for future hearings.

The high bail amount was the product of the high-profile nature of the alleged crimes and the ensuing unrest, prosecutor Matthew Frank said.

“The defendant placed his knee on Mr. Floyd’s neck for approximately nine minutes,” Frank said. “The death of Mr. Floyd has had a strong reaction in the community, to put it mildly.”

They are each being held on $1 million bail and are scheduled to be in court June 29, according to inmate records. Their bails can be lowered to $750,000 with conditions.

Chauvin’s next court date is June 29 as well.

Floyd’s death sparked two weeks of global protests that saw some of the largest crowds yet over the weekend. While the earlier days of unrest included buildings on fire and looting, protests have since remained mostly peaceful. As thousands marched daily in cities including Minneapolis, Atlanta and Los Angeles, mayors introduced nightly curfews to keep protesters off the streets — most of which have now been lifted.

The third and final memorial service for Floyd is being held Monday in Houston, where he grew up and lived before moving to Minneapolis. Thousands are expected to attend Monday’s visitation. The hearse carrying his body arrived at The Fountain of Praise Church around 9 a.m. (10 a.m. ET).

The six-hour viewing will be followed by a funeral service and burial Tuesday in Pearland, a Houston suburb, KTVT reported. Floyd will be laid to rest next to his mother, the news station reported.

The University of Houston announced classes would be canceled Monday in honor of Floyd, giving their students and community “ample opportunity” to attend the memorial and “reflect on the events taking place in our nation.”

Some leaders commit to police reform

Those who have flooded the streets to protest often carry signs decrying police brutality and bearing some of Floyd’s last words, “I can’t breathe,” as well as the names of others who have been killed by police.

As demonstrations continue, videos from all over the country continue to surface, which depict officers using excessive force against demonstrators.

In Austin, Texas, officers fired at a crowd carrying an injured protester. In Buffalo, New York, police pushed an elderly protester to the ground, causing him to bleed from his head. In Atlanta, six officers were charged after they were filmed violently handling two college students who were in a car. Video showed the officers breaking the windows of the vehicle, yanking a woman out of the car and using a Taser on the driver.

Both the violent responses from police forces and the protesters’ powerful demands have prompted electedleaders to push for change.

She and other council members are hearing from their constituents that “right now, our police department is not making our community feel safe,” she said.

“So our commitment is that every single member of our community have that safety and security that they need,” she said, adding that the City Council will work with the community over the next year to build that system.

What the dismantling entails is not set in stone, but Bender said the city would look into shifting police funding for other needs and begin a discussion on how to replace the current police department.

“The idea of having no police department is certainly not in the short term,” she said.

Mayor Jacob Frey supports major reforms in the police department, but there are limits, he told “Good Morning America.” He looks forward to working with Council members to determine “what they mean when they say ending and abolishing.”

“I am for massive structural and transformational reform to an entire system that has not for generations worked for black and brown people. We have failed them, and we need to entirely reshape the system,” he said. “Am I for entirely abolishing the police department? No, I’m not.”

“These will be the first of many steps my administration will take over the next 18 months to rebuild a fairer city that profoundly addresses injustice and disparity,” he said in a statement.

Going forward, the city will also remove street vendor enforcement from the New York Police Department’s responsibilities, so police can focus on the “real drivers of crime,” the mayor said.

Several medical groups, including the American Medical Association, have released statements emphasizing that racism is a public health issue and calling for an end to police brutality.

On Sunday, the AMA’s board of trustees put out a statement denouncing “police brutality and all forms of racially motivated violence,” saying they opposed all forms of racism and committed to “actively work to dismantle racist and discriminatory policies and practices across all of healthcare.”

“The AMA recognizes that racism in its systemic, structural, institutional, and interpersonal forms is an urgent threat to public health, the advancement of health equity, and a barrier to excellence in the delivery of medical care,” the board said.

An earlier statement from the AMA came from its board Chair, Dr. Jesse Ehrenfeld, and President, Dr. Patrice Harris.

“AMA policy recognizes that physical or verbal violence between law enforcement officers and the public, particularly among Black and Brown communities where these incidents are more prevalent and pervasive, is a critical determinant of health and supports research into the public health consequences of these violent interactions,” Ehrenfeld and Harris said in the statement.

In a press release announcing the new statement from the board, the AMA said it “recognizes that worsening inequities, unequal access to care, and the disproportionately small number of Black physicians all have roots in past actions of the AMA.”

In 2008, the group apologized for “more than a century of policies that excluded black physicians,” according to the press release.