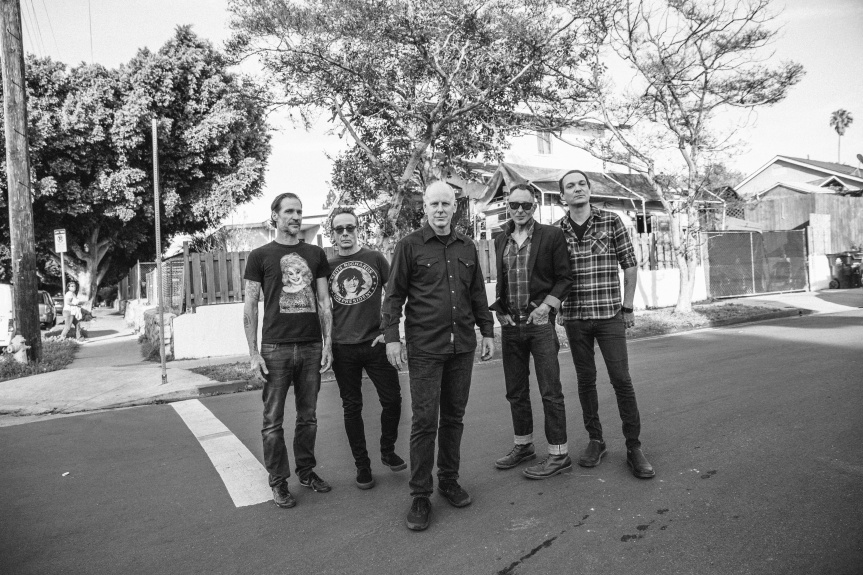 San Fernando Valley-based punk rock band Bad Religion had a massive global tour planned for 2020 to coincide with its 40th anniversary and release of the group’s latest album, “Age of Unreason.”

Though the pandemic sidelined all touring plans, the band was able to celebrate with fans with the release of author Jim Ruland’s “Do What You Want: The Story of Bad Religion,” which went in-depth on band history and included interviews with current and former members of the group as well as other punk rock bands from the Southern California music scene in the ’80s and ’90s.

The band decided to further commemorate the anniversary with a four-episode online streaming event to be captured live at The Roxy in West Hollywood. Dubbed “Decades,” the series will include live performance footage, exclusive interviews and a behind-the-scenes look at the rehearsals leading up to the tapings of each episode.

“I can speak for the whole band when I say that we were so disappointed to not be able to tour this year,” vocalist Greg Graffin said via a press release. “It is our fans and all those concerts we play each year that provide the life-force of Bad Religion. ‘Decades’ allows new fans as well as those who were there at the beginning to get a rich overview of our entire career and witness the changes in songwriting and performance styles at each stage of our evolution.”

All episodes will stream at 2 p.m. PST and tickets are $40 for all four episodes or $15 per episode at nocapshows.com. Episodes will remain up for sale and viewing through the conclusion of the series and until midnight on Tuesday, Jan. 5.

“Bad Religion: The ’00s” will stream on Saturday, Dec. 26 and include songs from “The New America,” “The Process of Belief,” “The Empire Strikes First” and “New Maps of Hell.” The final episode, “Bad Religion: The ’10s” will stream Saturday, Jan. 2 with songs from “The Dissent of Man,” “True North” and “Age of Unreason.” Since the pandemic halted touring plans for the latest album, this episode will include material played for the first time ever as well as a discussion of the 40th anniversary of the band.