At least two vehicles, one person caught in LA River from heavy rainfall 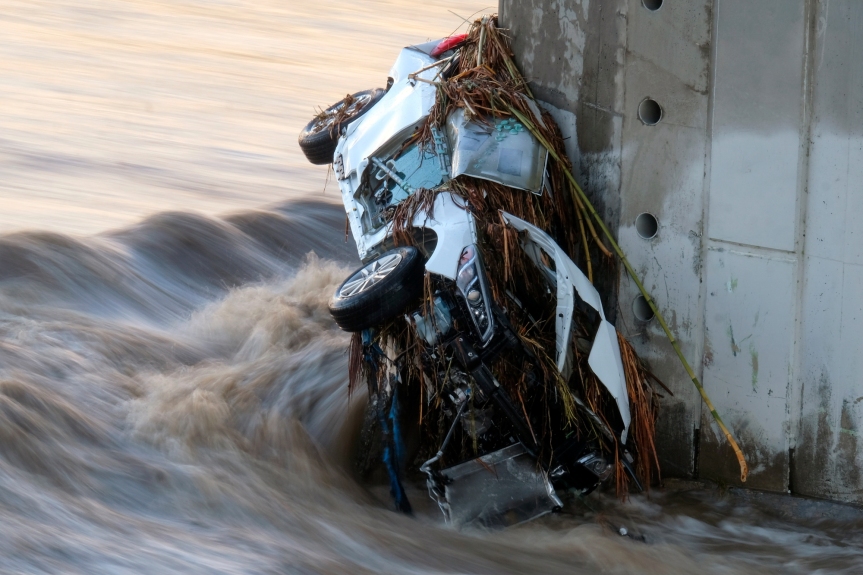 Multiple agencies across Los Angeles County worked to recover at least two vehicles and rescue one person washed into the Los Angeles River during the heavy rainfall Tuesday, Dec. 14.

Around 7:30 a.m., the Los Angeles Fire Department found a car submerged under an overpass near the 2600 block of East Washington Boulevard. The vehicle is believed to be the same one involved in a rollover collision in the area earlier that morning, LAFD said.

Fire crews were unsure the make and model of the vehicles but believed the first to be a Toyota Camry and the other a sedan.

Your @LAFD has been nonstop this morning due to the #LARain. Our #SwiftWaterRescue teams have been bouncing from Incident to Incident. Captain Clark explains what’s actively going on near the Washington Street bridge & the #LARiver. pic.twitter.com/WoaieDFEgr

“Both vehicles started as an LA City call, but because LA River is everyone’s jurisdiction we were also out there,” said Inspector Henry Narvaez, a County Fire Department spokesman.

“There were people on the bridge looking for a grey car, but LA City Fire couldn’t see anyone inside,” he added. Remote cameras were being used to go underwater and check for any occupants in the afternoon.

There were reports of a third vehicle washed into the channel, but conflicting reports have said it might have been the sedan that had initially pinned itself atop the first vehicle. The vehicle was carried by the current down the river into LA County Fire jurisdiction, and eventually, toward Long Beach, where the city’s fire crews waited for the vehicle on the Willow Street bridge.

Train operations along the river were halted while crews worked to locate and recover the vehicles.

“The water is still flowing pretty good but we’re working to get diving crews out there,” Capt. Jack Crabtree, LBFD Public Information Officer, said in the afternoon. “It’s too dangerous to get anyone in right now but once they decrease our teams will work to recover the vehicle.”

And vehicles weren’t the only concern of getting swept into the river thanks to the heavy rainfall.

Meanwhile near Sylmar High School early Tuesday, LA City Fire worked to rescue a man who had fallen into a covered channel near the 12900 block of North Dronfield Avenue. Using his cell phone to keep in contact with rescue teams, the 26-year-old man was able to listen for the honking of the fire engine to help responders locate him.

The man was rescued through a maintenance hole and was treated for mild hypothermia, according to LAFD.

Near the northern border of the county, near Grapevine, an inch or two of snow was expected in the mountain pass in the late afternoon or evening. Caltrans had issued a warning to drivers to expect delays and escorts from California Highway Patrol.

By 1 p.m., snow was beginning to accumulate on the on I-5 in the Tejon Pass.

Current conditions on I-5 in Lebec. Snow is sticking to the landscape and starting to accumulate on the highway shoulders. Traffic is still moving through the area. @NWSLosAngeles predicting more snowfall and impacts to I-5 this afternoon/evening! pic.twitter.com/Y35IIXIFr2