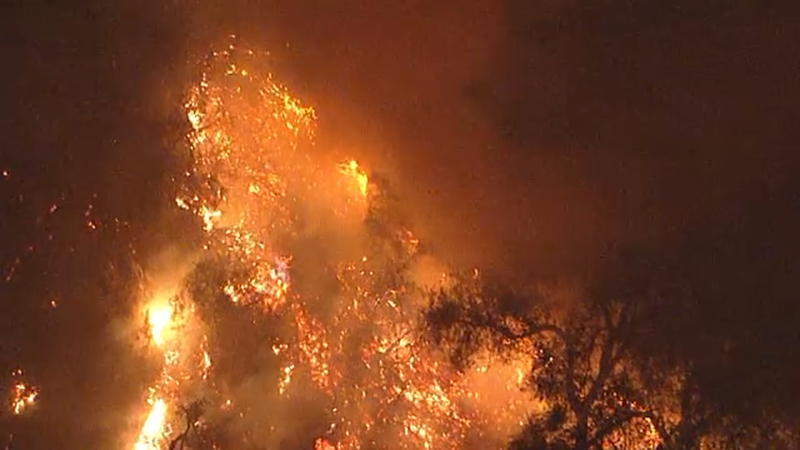 A person suspected of causing a wildfire in Pacific Palisades and the Topanga area was arrested over the weekend as the blaze prompted evacuations and gobbled up at least 1,325 acres by Monday, May 17, officials said.

The fire had 0% containment, Mayor Eric Garcetti said during a press conference. The Palisades fire started at around 10 p.m. Friday in the 1800 block of North Michael Drive in Pacific Palisades.

Fire officials said community tips helped investigators find the suspect, who was getting medical treatment as of Monday with few details released. That person was still in custody after an arrest on Sunday afternoon, Los Angeles City Fire Department Chief Ralph Terrazas said.

No structures were damaged, fire officials said. One firefighter sustained a minor injury.

Fire officials said they faced several challenges on the fourth day of firefighting, including mountainous terrain and cloudy conditions.

“We are facing a fire in steep, rugged terrain that is difficult to access,” Vela said. “Further, much of the vegetation in these canyons has not seen fire activity in 50 to 60 years.”

Some of that brush was 20 to 30 feet high, Garcetti said.

A cloud cover in the earlier hours of the day was offering some protection from the fire spreading, but was also preventing fire officials from some airdrops, Garcetti said. And once that cloud cover lifts, the fire danger was expected to escalate, he said.

Fire officials reminded folks to clear brush near their homes as summer approaches and to avoid the wildfire area.