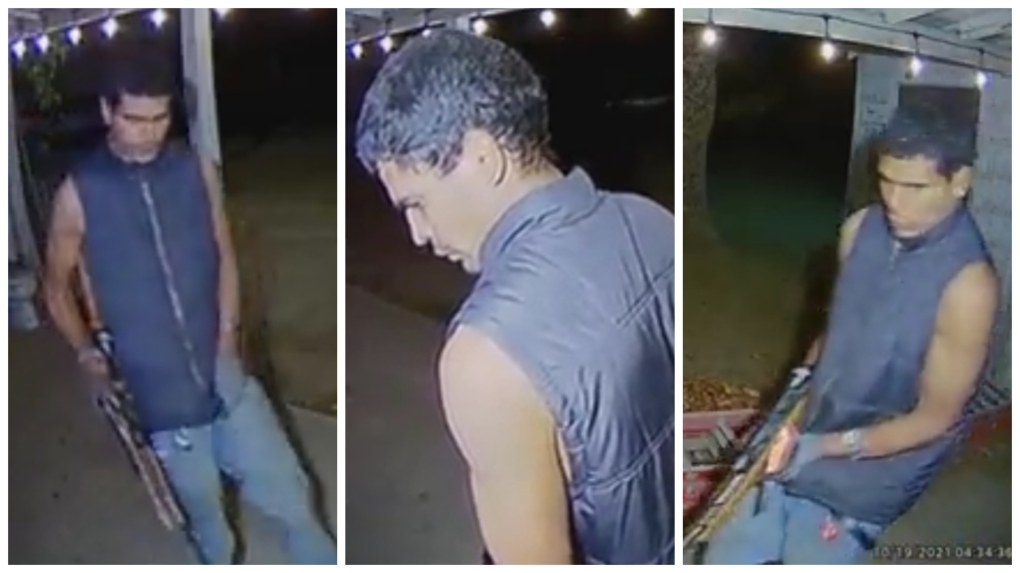 Authorities were looking Tuesday for an armed man seen in the Sunland area who police say is a person of interest in a recent series of burglaries.

Early Tuesday morning, a security guard saw the man on camera carrying a rifle near the Green Verdugo Reservoir close to the 210 Freeway on property owned by the Los Angeles Department of Water. The man ran away and began hiding, and the DWP guard notified police.

SWAT units from the Los Angeles Police Department joined several patrol cars and at least one K-9 unit at around 4:15 a.m. on the 10300 block of Sunland Boulevard, where police set up a command post and began to organize a search for the suspect, LAPD Officer Lizeth Lomeli said.

The search continued for several hours until after daybreak, when it was suspended, although the investigation was continuing, police said.

As a precaution during the search, the California Highway Patrol issued a Sigalert for the closure of the east and westbound Sunland Boulevard off-ramps from the 210 Freeway to limit traffic from entering the area.

The man was described as about 30 to 40 years of age, about 6 feet tall and weighing about 160 pounds.

He is considered a “person of interest” in the investigation into at least eight residential and commercial burglaries in the nearby Shadow Hills neighborhood and the northeast San Fernando Valley, according to the LAPD.

“There is a possibility that this is a person experiencing homelessness,” LAPD Deputy Chief Alan Hamilton told CBS2. Officers urged people to call authorities if they see the suspect.

LAPD Sgt. Eddie Gutierrez told KTLA5 that the series of recent crimes targeted both commercial and residential sites. In most of the cases, the suspect was carrying a rifle of some sort, Gutierrez said.

The suspect is believed to have several weapons, one of which is described as looking like an AR-15 and another being a hunting rifle. The first incident was reported on Oct. 19, with no set pattern to when he strikes, police said.

In one incident, the man pointed a gun at a security guard but did not fire the weapon, Gutierrez said.