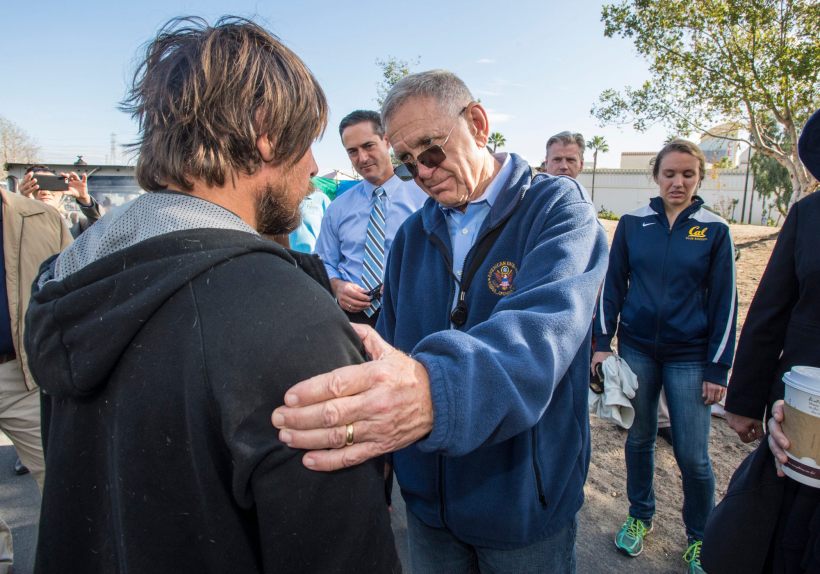 An appeals court on Thursday, Sept. 23,  struck a blow to a judge’s efforts to order Los Angeles officials to shelter all unhoused residents in Skid Row by the fall, determining that much of the legal support for the injunction did not adhere to the claims the plaintiff had actually made in their complaint.

A U.S. 9th Circuit Court of Appeals panel vacated an order issued by U.S. District Judge Judge David Carter in April that set out a swift timeline for the city and county to shelter people in Skid Row who were experiencing homelessness, as well as to conduct audits, produce reports and put $1 billion into escrow to address the homelessness crisis.

Carter based his order on the findings that structural racism drove the homelessness crisis in Los Angeles. The appeals panel, however, stated the plaintiffs did not base any of its complaints on racial discrimination, adding that the “district court’s order was largely based on unpled claims and theories,” according to an opinion issued Thursday.

The panel also said that no evidence was submitted by the plaintiffs to support the claims they did not make, and so Carter’s order “impermissibly resorted to independent research and extra-record evidence” to fill the gap.

There were also six claims that Carter’s order granted that the panel examined and found to lack standing or failed.

Carter’s mandatory order from April had called for all homeless inhabitants of Skid Row to be offered some form of shelter by Oct. 18, starting with single women and unaccompanied children. The city and county immediately requested that the U.S. 9th Circuit Court of Appeals issue a stay pending appeal.

Thursday’s development is just the latest turns in a lawsuit brought in March 2020 in Los Angeles federal court by the LA Alliance for Human Rights, an association of businesses, property owners, landlords, a real estate professional, housed residents and residents who are formerly homeless.

The alliance accused the city and county of inaction that led to encampments filling Skid Row, creating a dangerous environment for businesses and residents there.

Thursday’s preliminary injunction was issued after the parties failed to reach a settlement, despite “extensive negotiations.” Litigation had been stayed for a year in which the judge spent an “extraordinary amount of time and effort to understand the parties’ position and encouraging settlement,” the opinion said.

The lawsuit gained much public attention and spurred a series of public hearings, some staged adjacent to the areas were homeless people set up encampments. Myriad elected officials, included L.A. Mayor Eric Garcetti, attended or participated along the way.

City and county attorneys strongly objected to the suit, with government officials in court papers saying that LA Alliance’s “extraordinary” attempt to invoke the power of the court is “overbroad and unmanageable,” lacks legal standing and would “improperly usurp the role of local government and its elected officials.”

Carter has scheduled a Dec. 16 status conference to discuss the case’s status.