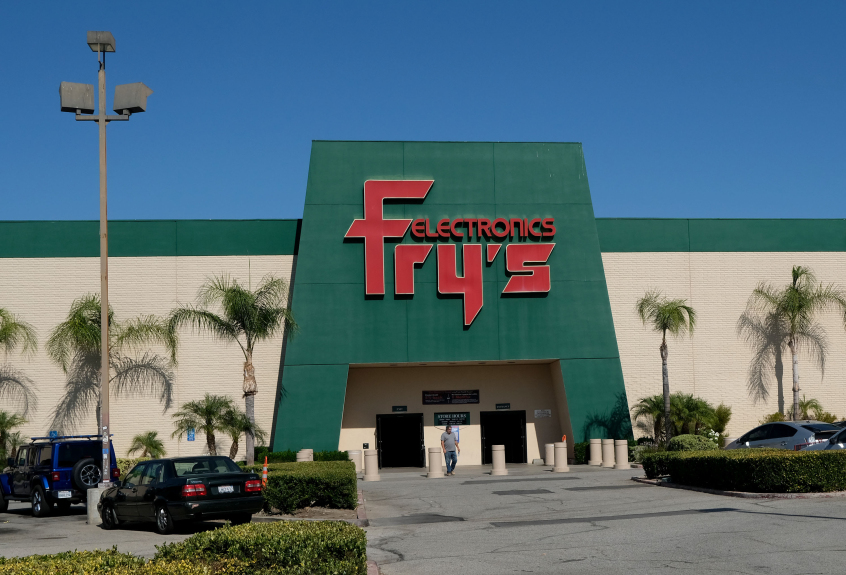 Fry’s Electronics, the go-to chain for tech tinkerers looking for an obscure part, is closing for good.

The company, perhaps even more well known for outlandish themes at some of its stores, from Aztec to “Alice’s Adventures in Wonderland,” said Wednesday in an online posting that the COVID-19 pandemic had made it impossible to continue.

All of its stores ceased operation on Wednesday, Feb. 24 as the shutdown process began.

“After nearly 36 years in business as the one-stop-shop and online resource for high-tech professionals across nine states and 31 stores, Fry’s Electronics, Inc. has made the difficult decision to shut down its operations and close its business permanently as a result of changes in the retail industry and the challenges posed by the Covid-19 pandemic,” the company said.

Early Wednesday, Fry’s official Facebook page had been deactivated, although it still showed up on Google web searches.

The Fry’s Electronics official Twitter page was set to private status, which means that the company’s tweets were visible only to followers who were granted permission to see the page.

The company closed a number of its stores in recent years, including the Anaheim location, which was shuttered in March 2020.

Fry’s was founded in 1985 by John Fry, David Fry, and Randy Fry when they opened the company’s first store in Sunnyvale. The chain was concentrated on the West Coast, but had 31 stores in nine states.

The pandemic has done heavy damage to retailers, but Fry’s was already getting hammered by online competition and a battle between heavy-hitters Best Buy and Amazon.com.

Fry’s Electronics Inc. said its operations have ceased and the wind-down of locations will begin immediately. Customers with electronics being repaired in-store store are being asked to pick them up.

The chain’s online presence appears largely to have been shut down.