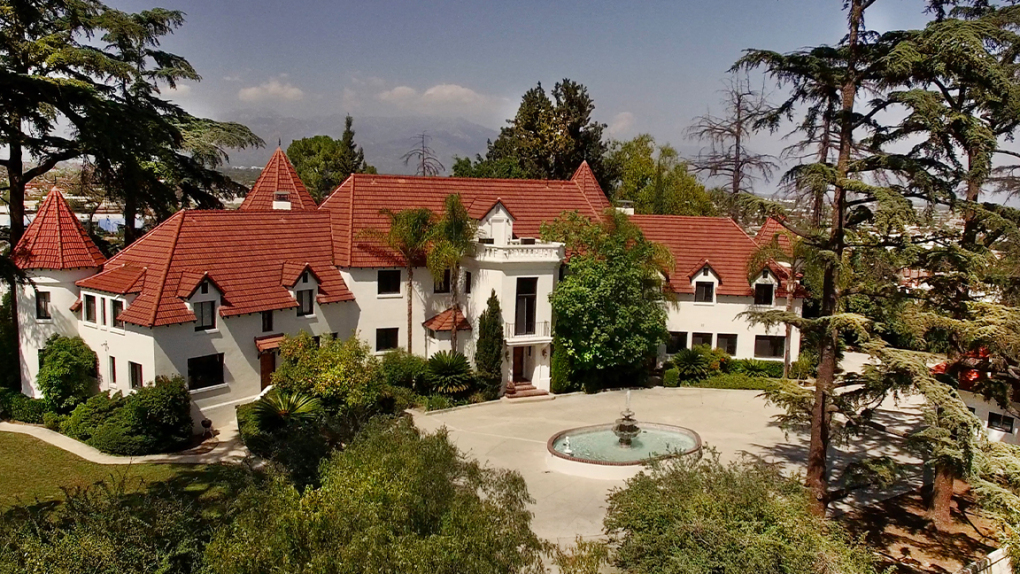 After more than two years on and off the market, the 10,590-square-foot house where music producer Phil Spector killed actress Lana Clarkson in 2003 sold to an unidentified individual for $3.3 million.

But Tim Durkovic of Douglas Elliman, who handled both ends of the deal, said an insatiable curiosity didn’t entice his client even though the person is well aware of what happened there. The new owner was drawn to the unique bygone architecture, a circa-1925 French chateau-style castle by Sylvester Dupuy.

“It was one of those things where you activate buyer who doesn’t really know they’re a buyer,” Durkovic said. “Here we were in the middle of Covid, the property was on the market, we had done a recent price reduction and that piqued their interest. It put it on their radar. They were like, ‘Oh! mayybe I should look at this.’ And they fell in love with it immediately.”

With 360-degree views, the house unfolds across more than a 2.5-acre lot on a hilltop as an anomaly.

“Once you go through the gate, you’re in your own little world,” Durkovic said. “It’s completely surrounded by gates and walls. No other house or parcel is that size in the city of Alhambra. The driveway is a quarter-mile long. I mean, you’re really driving into something special.”

The house has nine bedrooms, 10 bathrooms and splits into two wings that mirror one another.

Decorative fireplaces anchor the formal living and dining rooms, each of which leads to circular sitting rooms.

The large kitchen connects to a breakfast area.

A large family room and wet bar occupy the far-right wing of the house.

All but one of the bedrooms is upstairs, including the master suite with two walk-in closets and a bathroom. Other features of the second level include a kitchen, office and loft.

The grounds also include a front circular driveway around a fountain and a covered terrace in the backyard.

Spector bought the house for $1.1 million in 1998, property records show.

The home hit the market in March 2019 for $5.5 million after Spector’s wife, the seller Rachelle Short, filed for divorce. It saw several price cuts, with the final ask of $3.998 million.

Short married Spector in 2006 while he was in jail awaiting trial for murder.

Spector died from COVID-19 in January at 81 while serving a 19-year prison sentence.