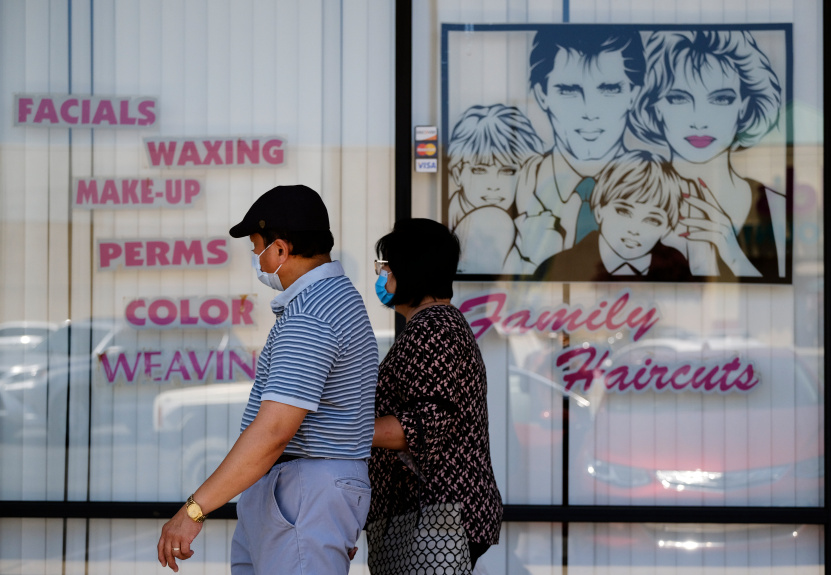 California’s labor agency was woefully unprepared for the recession-linked spike in jobless claims last year and may continue to face a stubbornly high backlog of unpaid unemployment claims, according to a report released Tuesday by the state auditor.

The state auditor listed an array of failures and mishaps at the Employment Development Department, which has consistently faltered in its efforts to pay benefits to workers who lost their jobs in record numbers amid coronavirus-linked business shutdowns.

The EDD’s problems during 2020 and so far in 2021 include a broken call center that can only handle a tiny fraction of phone calls from jobless California workers, a computer page hobbled by glitches, a wave of fraudulent claims, and a mammoth backlog of unpaid unemployment claims.

“EDD has known that they had these kinds of problems for over a decade, through two administrations,” said state Assemblymember Jim Patterson, a Republican whose district includes eastern Fresno County and parts of Tulare County. “They were repeatedly warned. They knew it and they got caught flat-footed.”

The time period includes the gubernatorial administrations of Jerry Brown and Gavin Newsom, both Democrats.

Among the primary findings in the state auditor’s report:

— Significant weaknesses in EDD’s claims processing and workload management leave the agency at risk of a continuing backlog of claims.

—  The EDD responded to the surge in claims by suspending certain eligibility requirements, and many Californians now are at risk of needing to repay benefits.

— The department took uninformed and inadequate steps to resolve its call center deficiencies.

— Despite multiple warnings, the agency failed to prepare for an economic downturn.

Adding to EDD woes was the disclosure that nearly 27% of the payments it issued from early March 2020 through mid-January 2021 were fraudulent disbursements — a total of $30 billion in payments.

“EDD failed to act comprehensively to prepare for downturns and to address known deficiencies,” the audit stated. “In March 2020, EDD had no comprehensive plan for how it would respond if California experienced a recession and UI (unemployment insurance) claims increased correspondingly.”

As a result, the department’s weaknesses metastasized amid a tsunami of unemployment claims, according to the report.

“The EDD’s areas of weakness became key deficiencies in its response to the claim surge, and these were a cause of serious frustration for unemployed Californians in need of assistance,” the audit stated.

And the extent of the fraud — already more than twice as large as earlier estimates — could be even more damaging, encompassing perhaps more than a quarter of the $114 billion paid out since government ordered business shutdowns began in March, sparking an avalanche of job losses.

“Roughly 10% of the $114 billion in claims are confirmed fraudulent, another 17% are potentially fraudulent,” California Labor Secretary Julie Su said during a question-and-answer session regarding the EDD’s efforts to combat unemployment insurance fraud. If 27 percent of the claims are determined to be fraudulent, that would amount to more than $30 billion.

Crime rings operating out of Nigeria, China and Russia have unleashed a wave of fraud that has focused on California’s unemployment benefits as their most tempting target.

The state has already acknowledged that it has paid about $400 million in the names of prison inmates, and last month, federal prosecutors charged a former state labor agency worker, a prison inmate and a parolee in a scheme to defraud California’s scandal-scarred unemployment insurance system.

Just over 300,000 workers have taken steps to validate their accounts, said Loree Levy, a spokesperson for the EDD. That indicates that another 1.1 million workers continue to face suspended payments while their accounts are verified by the EDD.

“We so appreciate the patience of individuals,” Levy said.

Su estimated that anti-crime efforts have been able to block as much as $60 billion in fraudulent payments.

In October, the EDD launched a new identity verification technology called ID.me that the state government hopes will help turn the corner against fraudulent payments. Blake Hall, chief executive officer with ID.me, believes progress has been made.

“California was able to stop the bleeding and put a tourniquet on the fraud,” Hall said.

It’s not surprising that the crime rings picked California, whose economy is one of the world’s largest, as a target to exploit unemployment insurance payments.

“In California, it’s easier to hide in the crowd,” Hall said. “Organized crime is approaching this as a business process.”

The EDD also is hoping that it will be able to cope with the mammoth backlog of unpaid claims that the state agency is reporting on its official dashboards.

As of Jan. 20, the total backlog of unpaid unemployment claims was 941,020, a sharp increase of 130,270 from the week before, according to the official EDD backlog.

“We know that too many Californians are waiting on their payments,” EDD Director Rita Saenz said during the conference call to discuss the fraud situation and payment problems at the EDD.