After a mild Monday, more storms are approaching Southern California this holiday week 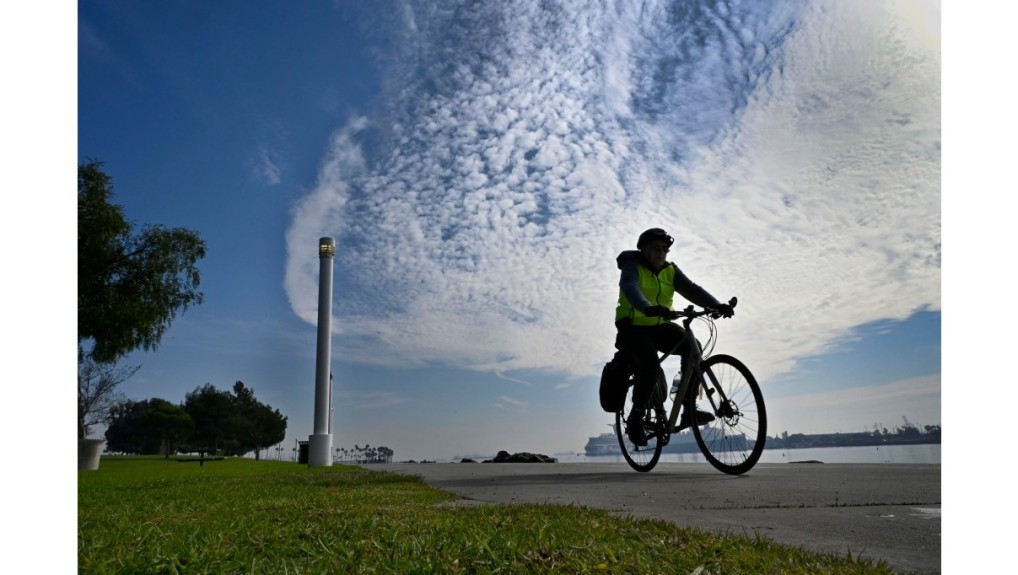 More rain and snow are expected for Southern California this week, starting as early as Wednesday afternoon through the holiday weekend, meteorologists said Monday, Dec. 20.

Highs were in the mid to upper 60s with clear skies on Monday, National Weather Service Meteorologist Brandt Maxwell said. Temperatures will stay in that range Tuesday despite a growing cloud cover, with projected highs of 67 degrees in Fullerton, 68 degrees in Rancho Cucamonga and 69 degrees in Van Nuys and Riverside.

“Temperatures won’t drop very much through Wednesday, but it might feel much colder without the sunshine,” Brandt said.

Two storm systems were making their way to the region, with the first storm expected to bring more rainfall with a potential break on Friday, when the second storm was expected to begin shortly after the same day, meteorologists said. Rain was forecast across the Inland Empire, Orange and Los Angeles counties, with potentially a few inches of snow in the mountains.

“Because a lot of this will be happening through the holiday week, people just really need to be careful traveling,” said Elizabeth Schenk, another NWS meteorologist. “Use extra caution when you’re traveling across the area.”

The highest chance for rain during the first system is on Thursday, Schenk said. That storm’s expected to bring three-quarters of an inch to 1.25 inches in Orange County, with about the same amount projected for the Inland Empire, with some pockets that could see a little more rainfall, she said.

The first storm will be warmer and snow levels will be at around 8,000 feet, so higher elevation areas like Big Bear could potentially see up to a half-inch of snow through Friday, Schenk said.

The second storm will likely bring less rainfall but will be colder, with a few inches of snow forecasted for elevations at around 5,000 feet on Friday and Saturday, Schenk said.

Other areas in Orange County and the Inland Empire will likely see a half-inch to an inch of rain through Sunday.

In Los Angeles County, a half-inch to 1.5 inches of rainfall were forecasted from Wednesday through the weekend, said David Sweet, another meteorologist. Mountain areas will likely see 1.5 to nearly three inches of precipitation, he said.

Gusts of wind from 50 to 60 mph were forecasted for some areas of the mountains during the storm, Sweet said.