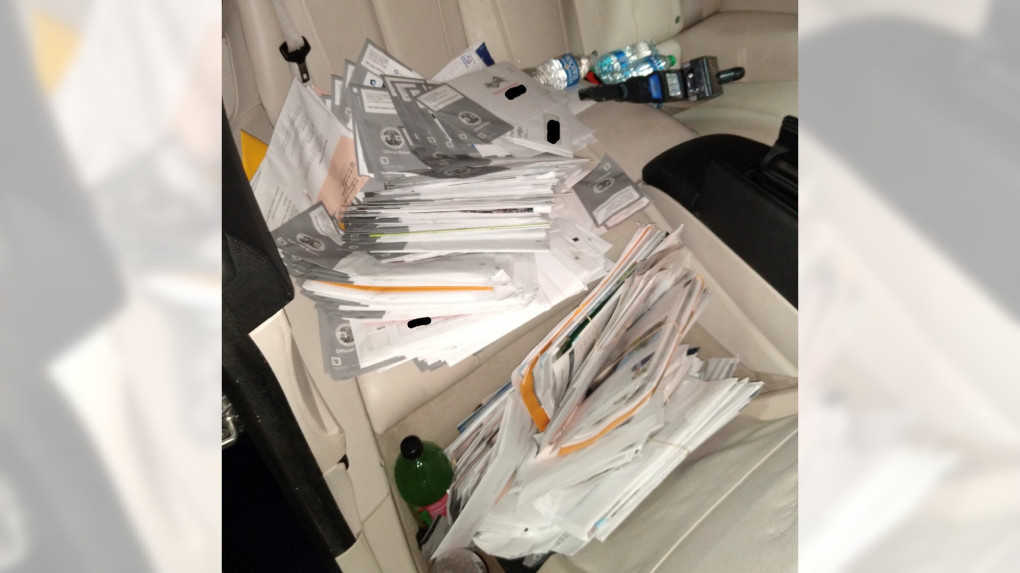 More than 300 gubernatorial recall ballots were recovered by police while they were checking on a man at a convenience store in Torrance who ended up having a loaded weapon, a police official said on Monday, Aug. 23.

The ballots were discovered in the back seat of a vehicle while officers were checking on a man at the request of a caller who said he was passed out in the driver’s seat in a 7-Eleven parking lot on Emerald Street at around 10:45 p.m. on Aug. 16, Torrance Sgt. Mark Ponegalek said.

The man, a felon, was arrested on suspicion of illegal possession of a firearm, illegal narcotics and stolen property and identity theft. He had not yet been charged in this case, Ponegalek said.

It did not appear the ballots had been tampered with, and they were believed to have been stolen prior to getting sent to their intended recipients, Sgt. Ponegalek said. There were other pieces of mail also found with the ballots.

The man’s motive for taking the ballots was unclear.

The majority of the ballots, sealed and in addressed envelopes, were mostly for Lawndale residents, with some for Compton residents.

Ponegalek said investigators were working to determine where the man got the ballots. The suspect’s name had not been publicly released yet.

“We are not releasing any information about the suspect, because of the investigation, at this time,” the sergeant said. “Who this suspect is, their background, and how ballots ended up in his vehicle need to be answered before we do that.”

The ballots were being held in the Police Department’s evidence room. Investigators were working with other law enforcement agencies, as well as county election officials to get ballots to their intended recipients, Ponegalek said.

The Los Angeles County Registrar-Recorder/County Clerk’s Office was working with Torrance police to get images of each envelope so each person’s ballot can be sent, agency spokesman Mike Sanchez said.

Officials were expected to send the ballots by Tuesday night, with those impacted receiving their new ballot in a week or so, he said.

It appeared that none of the affected voters received the ballots that were eventually taken, Sanchez said. It was not yet known where the ballots were taken from, he said.

“There’s nothing to indicate this was anything specifically to impact the election,” Sanchez said of the theft. “It seems like this person was likely trying to steal mail.”

Recently, a pair of suspects stole mail from an apartment complex in Valley Village, he said, and that theft included some elections ballots.

The Registrar-Recorder/County Clerk’s Office sent its evidence to the District Attorney’s Office.