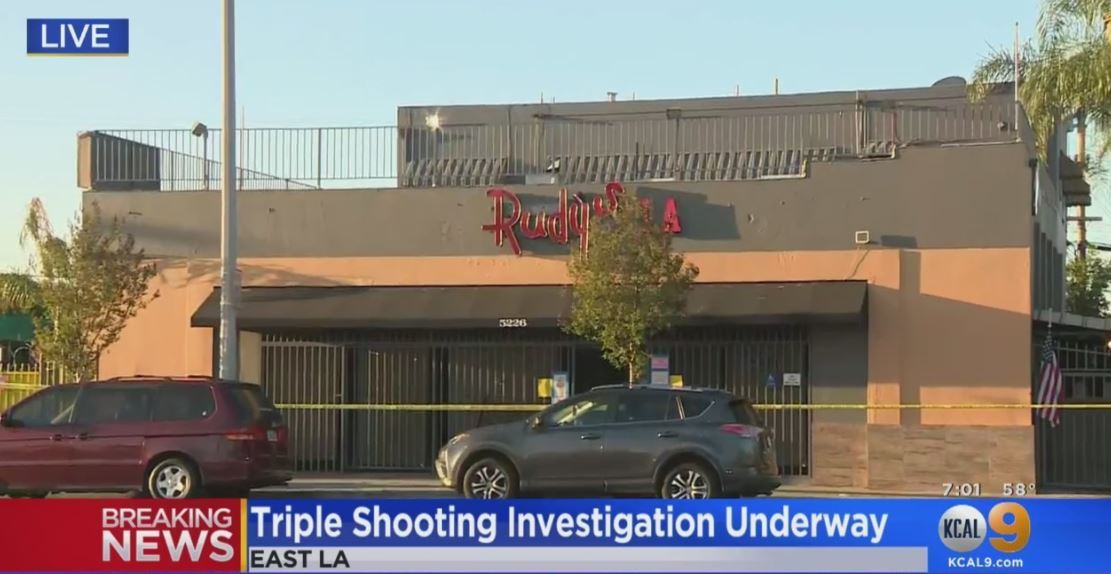 A man, possibly in his mid-30s, walked into a bar in East Los Angeles early Sunday, shot three men and fled the location on foot, authorities said.

Two of the men suffered non-life threatening gunshot wounds and the third victim was listed in critical, but stable condition at an area hospital. Paramedics rushed all three men to area hospitals, according to a watch commander at the Los Angeles County Sheriff’s Department’s East Los Angeles station.

A motive for the shooting was not immediately known.

The sheriff’s East Los Angeles station urged anyone with information regarding the shooting to call them at 323-264-4151.