3 arrested in sledgehammer smash-and-grab robbery at the Grove 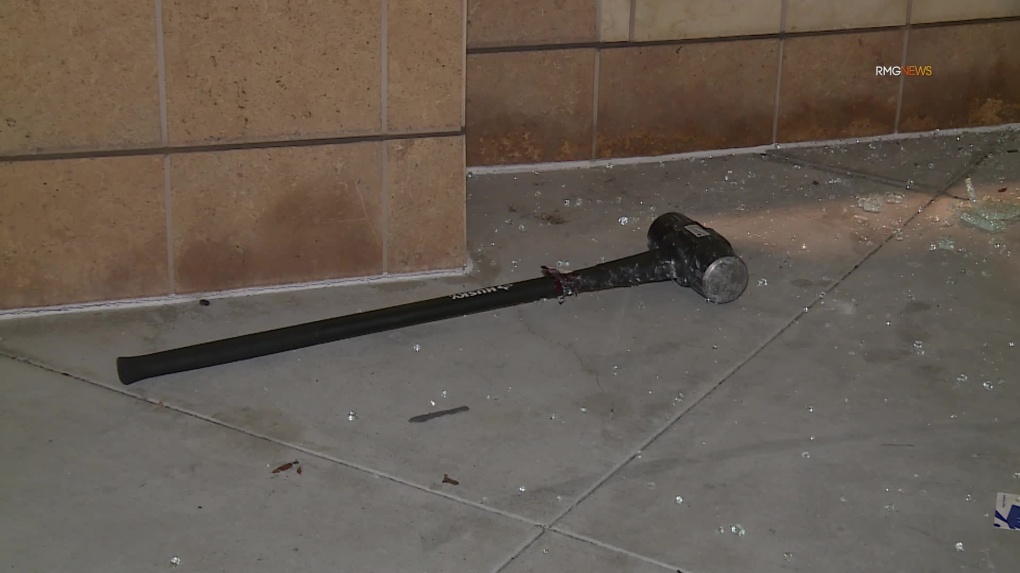 Three suspects are in police custody Tuesday after they were arrested in connection with a reported smash-and-grab robbery at the Grove.

One group of suspects led police on a freeway chase and foot pursuit through South Los Angeles, using the 10 Freeway and the 110 Freeway as their getaway routes before exiting the 110 at Manchester Avenue at approximately 11:06 p.m. Monday, said Los Angeles Police Department Officer Drake Madison.

Police then created a perimeter and began a foot pursuit of the suspects in the area near Hoover Street and Vermont Avenue. Officers recovered several items of clothing, a cash register and gloves from a Nissan SUV, which they believe is the suspect’s vehicle.

It was not immediately known if the arrested suspects were part of the police pursuit, Madison said.

Other suspects remain on the loose.

Police said they believe the suspects were part of a group of at least 20 people who allegedly robbed a Nordstrom’s store at the popular retail and entertainment complex in the Fairfax District just before 11 p.m. Monday.

The robbers at the Grove used a sledgehammer and assorted tools to smash one of the department store’s windows and reportedly took several items of men’s clothing, police said. At least four cars sped away from Nordstrom’s as LAPD patrol cars responded to the burglary call.