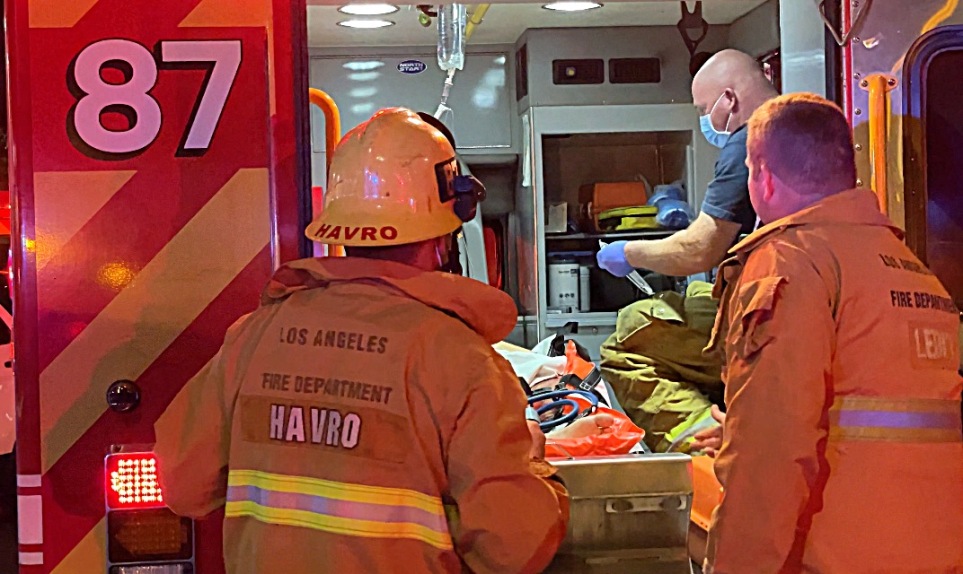 The shooting broke out after two pairs of men started fighting in the parking lot of the strip mall in the 17600 block of Lassen Street at around 10:45 p.m., an LAPD spokesman said.

During the fight, one man “produced a hand gun and fired multiple times, striking both victims,” said Officer Mike Lopez.

The man with the gun and the other man he was with fled the area in a vehicle immediately after the shooting.

The two victims were left in the parking lot until police and paramedics arrived. They were treated at the scene then taken to nearby hospitals.

Despite both being shot, neither victim had life-threatening wounds.