2 men believed to be responsible for string of Chino Hills burglaries re-arrested, charged 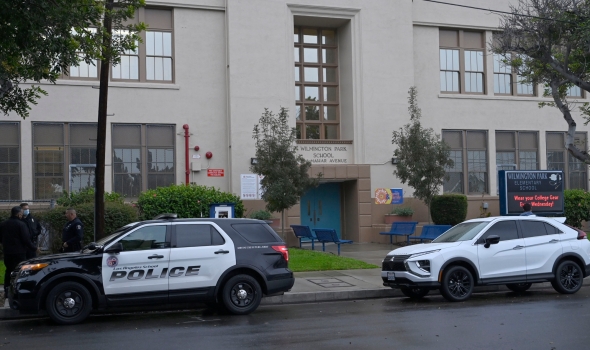 Two men who were arrested on suspicion of burglary in Chino Hills in October and  believed to be responsible for more than 20 thefts in the area were taken back into custody on warrants and now face several felony charges, authorities said.

The investigation began several months ago when detectives noticed a pattern of similar home burglaries in Chino Hills, said Huerta in October after the pair’s first arrest. A safe containing suspected stolen jewelry was confiscated during a search warrant in the was believed to be stolen by the pair from a Chino Hills home, Huerta said.

The alleged crimes both Moore and Thomas have been charged with are believed to have taken place in Chino Hills on March 8, Oct. 16 and Oct. 22, according to court records. Detectives declined to release further details into the alleged incidents, Huerta said.

On Oct. 22, sheriff’s deputies were notified of an unknown person running out of a home in the 14000 block of Foxwood Road around 8:23 p.m., the Sheriff’s Department said. Moore and Thomas were detained after a traffic stop where they were found in possession of stolen property from the burglarized home, authorities said.

On Oct. 23, the Sheriff’s Department served a search warrant at one of the suspect’s homes and recovered stolen jewelry and 41 designer handbags believed to be stolen in residential burglaries, authorities said.