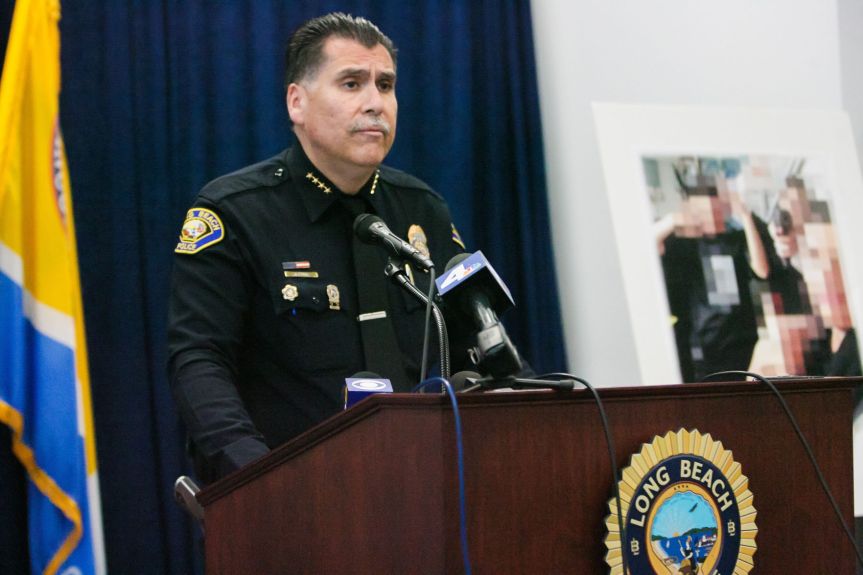 In Feb. 2018, LBPD detectives “discovered discrepancies in the police reports and the surveillance video regarding a firearms arrest,” the release said, referring to inconsistencies between the officers’ actions and their written report.

The man arrested was immediately released and no charges were filed against him. Police did not identify him, and no further details about the arrest were given.

LBPD began a criminal investigation into the officers’ actions and submitted a case to the Los Angeles County District Attorney’s Office for review in January 2019.

Both officers were suspended pending the outcome of an internal affairs investigation.

The police department also “is reviewing previous reports and arrests for each officer,” the release said.

“We have high standards and expectations of every employee,” said Police Chief Robert Luna. When the actions of an individual employee erode the values of our organization, and the public trust all of us have worked so hard to cultivate, we all must be held accountable.”