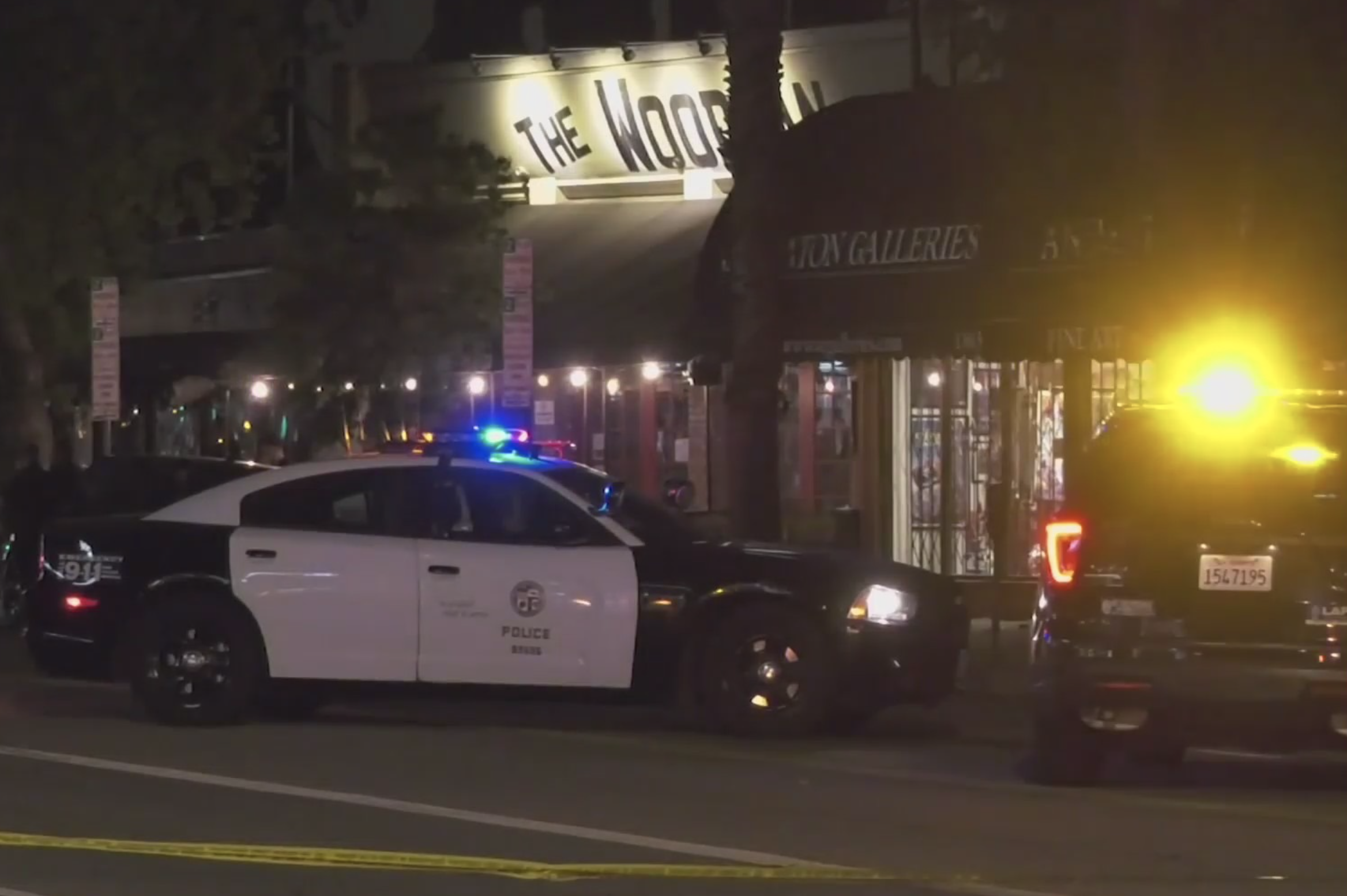 A shouting match led to a shooting that left three people wounded at a popular sports bar in Sherman Oaks early Sunday morning, according to the Los Angeles Police Department.

The shooting occurred at The Woodman sports bar at 13615 Ventura Boulevard at around 1:30 a.m., police said.

Officer Rosario Cervantes said shots were fired after “a verbal confrontation.” Police didn’t know whether that fight and the shooting that followed occurred inside or outside the bar. But three people — two men and one women — were hit as the chaos unfolded.

A watch commander at the Van Nuys station, who would not give his name, said when two gunmen fired at each other, one person was hit in the leg. Another was shot in the foot. And the third victim was taken to a hospital by a friend. Their wounds were not known.

Police haven’t been able to say what the fight was about.

The Van Nuys watch commander said one person was detained after the shooting, but was released.

An employee at The Woodman, which was open Sunday afternoon, declined to give more information about what happened.