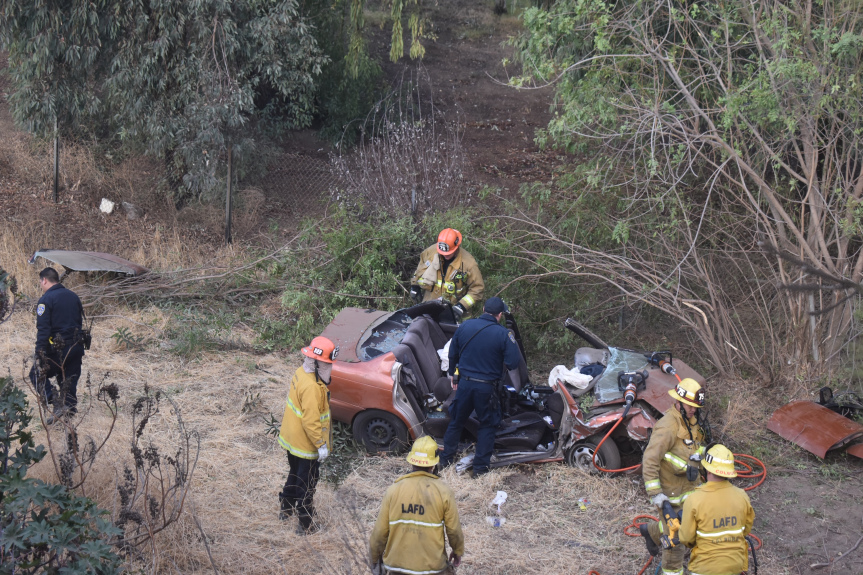 Two men were critically injured Saturday when two vehicles in Sylmar went over the side of the road on the 210 Freeway and at least 100 feet down an embankment, authorities said.

The crash on the westbound freeway at Yarnell Street occurred at 7:31 a.m., the California Highway Patrol reported.

Firefighters and paramedics dispatched to the location at 7:37 a.m. rushed two men in critical condition to an area hospital, said Nicholas Prange of the Los Angeles Fire Department.

The two men were trapped inside one of the vehicles, the CHP said.

Firefighters and paramedics dispatched to the location extricated the men from the vehicle, Prange said.

There was no other immediate information.