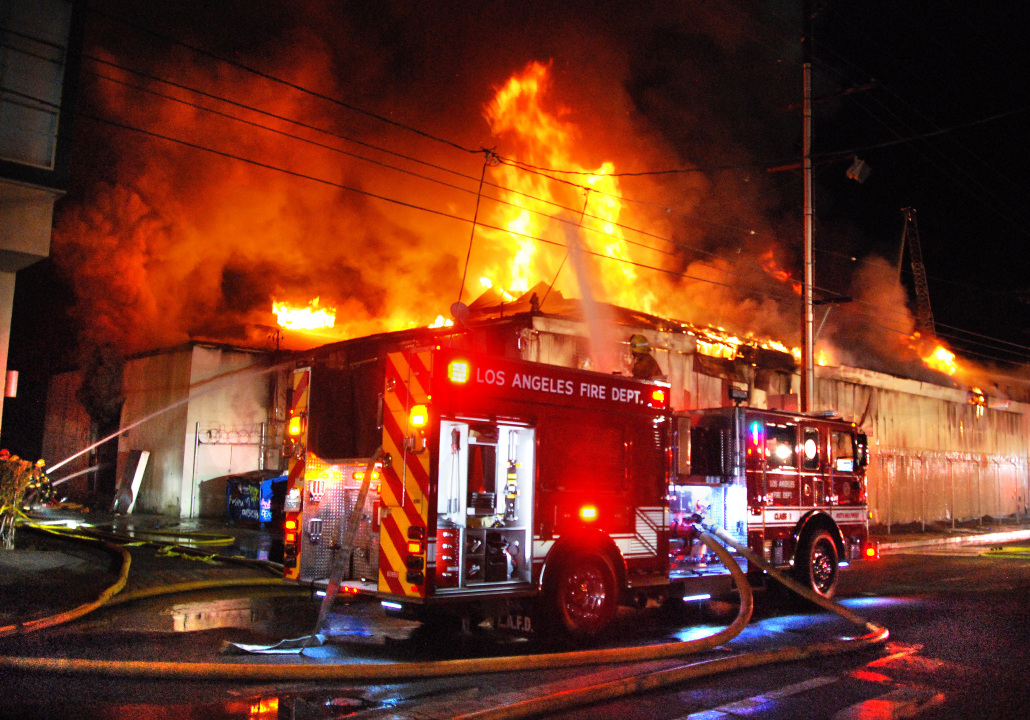 Two buildings were destroyed Monday night in a major emergency fire in North Hollywood that burned for nearly two hours before being extinguished.

Firefighters were called just after 9 p.m. to an approximately 60-foot- by-100-foot, single-story building at 5400 Tujunga Ave., near Chandler Boulevard, and found the building fully engulfed in flames, according to Margaret Stewart of the Los Angeles Fire Department.

The building was well-involved in fire and flames spread to a second building, Stewart said, adding a third commercial building under construction was exposed to the fire, and firefighters were able to protect it.

Firefighters had extinguished the bulk of the flames by about 10:35 p.m. and were focused on snuffing out remaining hot spots, Stewart said.

A total of 111 firefighters were assigned to the fire and a knock down was called just after 11 p.m., she said.

“While this incident was reported as an outside fire extending into a building, LAFD Arson Section is on scene conducting the cause investigation,” Stewart said.

There are downed power lines in the area and the Los Angeles Department of Water & Power is working to de-energize the lines, Stewart said.

About 1,200 customers in the area were without power, according to the DWP.

Firefighters also responded to a high-rise apartment building on the north side of the fire due to smoke entering the structure.

“The building was not at risk of fire exposure, only residual smoke which blanketed the area,” Stewart said.

No injuries have been reported.