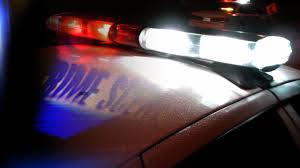 The incident occurred at about 5:45 p.m. in the 3000 block of Wilshire Boulevard.

According to LAPD, a person was found dead in an apartment on the 16th floor of the complex, and another person was taken to a hospital with a gunshot wound.

The relationship between the two people was unknown. Police described the incident as a possible home invasion gone wrong.

Homicide detectives were at the scene and an investigation is ongoing.