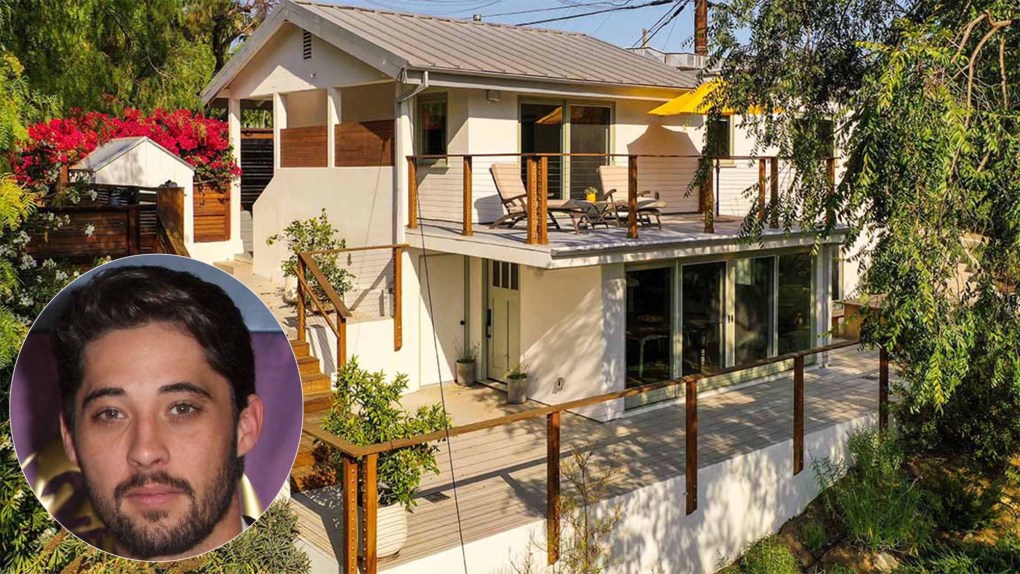 A hillside Topanga home owned by alt-country singer and actor Ryan Bingham is for sale at $2.425 million.

The 2,394-square-foot home sits on more than a three-quarter-acre lot and dates to 1947. Now remodeled, it has a total of four bedrooms, four bathrooms and an open floor plan.

That includes a separate two-story guest house converted from a garage.

Step through the main house’s front door into the eat-in kitchen with a pantry room, Brazilian soapstone countertops, and high-end appliances. It flows into the dining room.

Beyond, a fireplace anchors the spacious living room.

Upstairs are three bedrooms, including the master suite. It holds a separate office nook, dual closets and a bathroom with a separate shower and clawfoot tub.

Behind the house, flat pads for indoor and outdoor entertaining give way to treetops and overlook the surrounding mountains.

Bingham, 40, and his wife, Anna Axster, bought the house in 2013 for $1.36 million, property records show. He had already won the Oscar with co-writer T Bone Burnett for best original song in a motion picture for “The Weary Kind,” the theme song for Jeff Bridges’ 2009 film “Crazy Heart.”

But he is perhaps best known for his role as an ex-con turned ranch hand in the hit TV series “Yellowstone,” starring Kevin Costner.