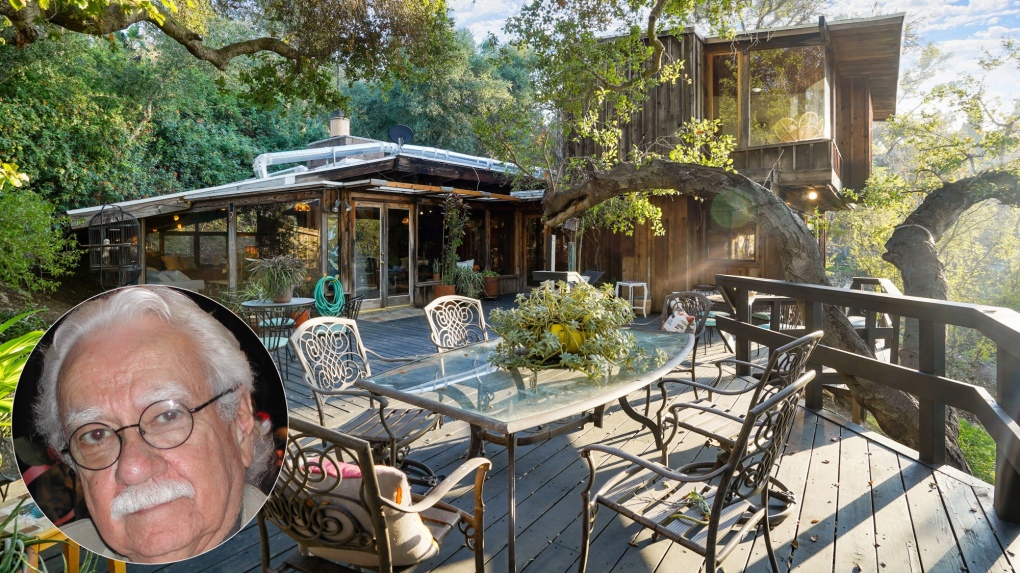 Built on a two-thirds-acre lot in 1955, the redwood-and-glass dwelling has 3,000 square feet of living space with four bedrooms and two bathrooms. Martinez and his wife Joanne added a tower to the left of the entry in the 1970s.

There’s a galley kitchen, home office and ample decking for taking in the wooded surroundings.

The grounds include a play yard, gazebo and carport with a sign that reads parking for Grandpa, only.

Mother and son team Adrian and Jordan Wright of Compass share the listing.

Martinez, who died in January 2015 at 85, worked at the Oakland Tribune before moving to the Los Angeles Times in 1972, where he wrote a column for 25 years. He was the recipient of three team Pulitzer Prizes, named one of the top three essay columnists in the country by the National Society of Newspaper Columnists in 1986, and was the subject of the exhibit “Al Martinez: Bard of L.A.” at the Huntington Library, Art Collections, and Botanical Gardens in San Marino in 2012.

For three years, he also contributed columns to the Los Angeles Daily News.

He wrote in his farewell column in March 2013, “I’ll miss it terribly and I’ll miss you, but I’ll be all right. Just a little lonely, that’s all, without me that used to be me.”