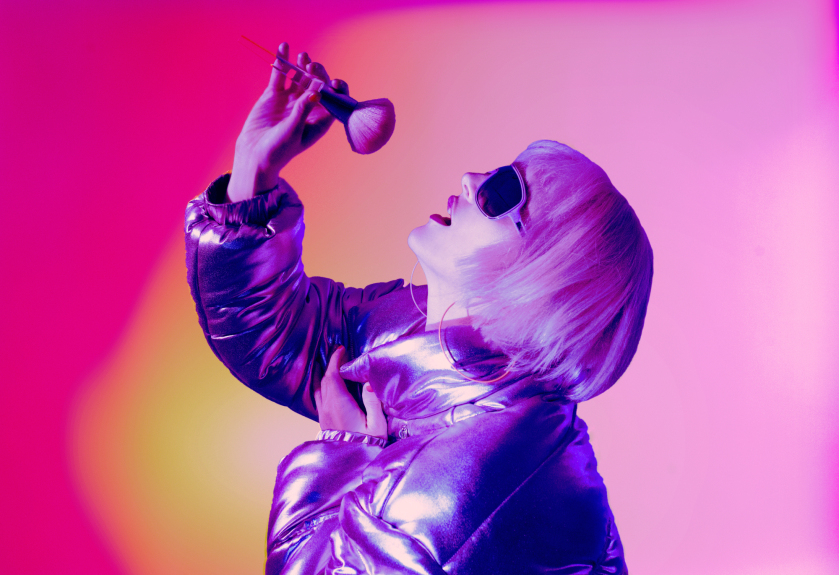 Gigi Rowe wants to bring your kids into her world, and it’s a colorful one filled with rainbows, lollipops, magical unicorns and there’s a soundtrack, too.

Rowe, a former Los Angeles resident and now Miami-based pop singer is releasing a new single on April 30 called “Wishes,” which will be followed by a children’s book titled “Gigi Rowe Wishes,” out on May 2.

“It really celebrates the power of the imagination,” Rowe said of her new book.

“It’s about believing in the power of our ideas and to believe that if we can dream it we can do it,” she said.

Rowe, who is known for dressing up in colorful outfits, sporting bright wigs and often bespectacled with sunglasses, is a character created by New Jersey-born Laura Warshauer, who is now known solely as Gigi Rowe.

But before she was Rowe, the singer released a self-titled debut EP under her birth name on Island Def Jam records in 2008 and with her guitar in hand performed music inspired by 1990s female rock singers like Joan Osborne and Alanis Morissette.

“For a long time it was me and my guitar,” she said.

It was around the time she signed the record deal that she started thinking about maybe creating a new persona, and she came up with the name Gigi Rowe.

“I was inspired by that name but I didn’t know what to do with it,” she said.

But after she was dropped from the label and she moved to the San Fernando Valley, inspiration struck.

“I just became so inspired, I wanted to create a universe and Gigi Rowe. Of all the names that I’ve ever come up with, that one stayed with me. It sort of met all the criteria, it could be someone from the future, it could be a vintage Hollywood movie star, it could be the girl next door,” she said.

“So I decided to make Gigi Rowe as real as I can make her and at that point I started experimenting, kicking up the fairy dust as I like to say, wearing tons of different wigs, really playing with fashion and the look,” she said.

The music, meanwhile, became 1980s-influenced family-friendly pop with messages about positivity and realizing your dreams.

She first gained attention as Rowe after the release of her 2016 single “Run the Night,” which was part of her EP “Hello Gigi Rowe.” The song was featured in the soundtrack of the popular interactive game “Just Dance.”

“It felt like the perfect way for Gigi Rowe to make her entrance,” she said.

And she’s marking her arrival in the literary world with a book that features an illustrated version of Rowe as a young child who lives in a place called the Stardust Motel and goes to locations such as Paris and Rome. And there’s even a pink convertible ride on a rainbow.

“I just love the idea that she lives in this magical world at the Stardust Motel and that she’s up in the clouds and she’s rooting for you and your wishes are important,” she said.

The new song “Wishes” was inspired by the book.

“It represents everything that the book does, that magic is real and the importance of imagination, the idea of following your instincts, listening to your intuition and not being afraid to reach for your dreams and passions,” Rowe said.