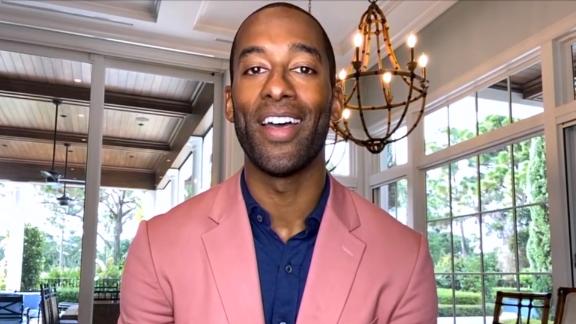 Following a petition urging ABC to address a lack of diversity on its enormously popular reality dating franchise, ABC has cast the first black “Bachelor.”

Matt James will be the star of the 25th season of “The Bachelor.”

James, 28, was a popular contestant on Season 16 of “The Bachelorette” and is the best friend of former “Bachelorette” contestant Tyler Cameron, with whom he runs the non-profit ABC Food Tours.

“Matt has been on our radar since February, when producers first approached him to join Bachelor Nation, as part of Clare’s season,” ABC Entertainment President Karey Burke said in a statement. “When filming couldn’t move forward as planned, we were given the benefit of time to get to know Matt and all agreed he would make a perfect Bachelor.”

“We know we have a responsibility to make sure the love stories we’re seeing onscreen are representative of the world we live in, and we are proudly in service to our audience,” Burke added.

A Change.org petition urging ABC to address a lack of diversity on the reality dating franchise, which includes “The Bachelor” and its lead spinoff, “The Bachelorette,” garnered the support of thousands, including franchise alums.

The petition stated that “ABC and Warner Bros. have been producing Bachelor content for 18 years. During that time they’ve cast 40 season leads, yet only one Black lead. This is unacceptable.”

“As creators of one of the most popular and influential franchises on television, ABC and Warner Bros. have an opportunity and responsibility to feature Black, Indigenous, People of Color (“BIPOC”) relationships, families, and storylines,” the petition reads. “The franchise, and all those who represent it, should reflect and honor the racial diversity of our country–both in front of and behind the camera.”

Attorney Rachel Lindsay was the first African-American lead of the franchise as “The Bachelorette” during Season 13 of the dating series..

Nick Viall, Season 21’s “Bachelor,” retweeted the campaign and encouraged others to do the same.

The discussion about a lack of inclusion in the franchise not a new one.

In 2012, two African-American men, Nathaniel Claybrooks and Christopher Johnson, filed a class action lawsuit alleging that ABC was intentionally excluding people of color from leading the show after they both applied to be “The Bachelor” in 2011.

That suit was dismissed.

Despite the addition of more contestants of color — and the casting of Juan Pablo Galavis, who is Latino, as Season 18’s “Bachelor” — many viewers have continued to criticize racial disparities in the franchise.

Lindsay said during an interview with “AfterBuzz” last week that she views “The Bachelor’s” diversity issues as “embarrassing” and has considered cutting ties with the franchise.

“We are on 45 presidents. And in 45 presidents there’s been one black president,” Lindsday said. “You are almost on par to say you’re more likely to become the President of the United States than you are a black lead in this franchise. That’s insane. That’s ridiculous.”

Burke said that the network is committed to diversity.

“This is just the beginning, and we will continue to take action with regard to diversity issues on this franchise,” she said. “We feel so privileged to have Matt as our first Black Bachelor and we cannot wait to embark on this journey with him.”