Pacific Theatres multiplex in Chatsworth will be demolished for industrial complex 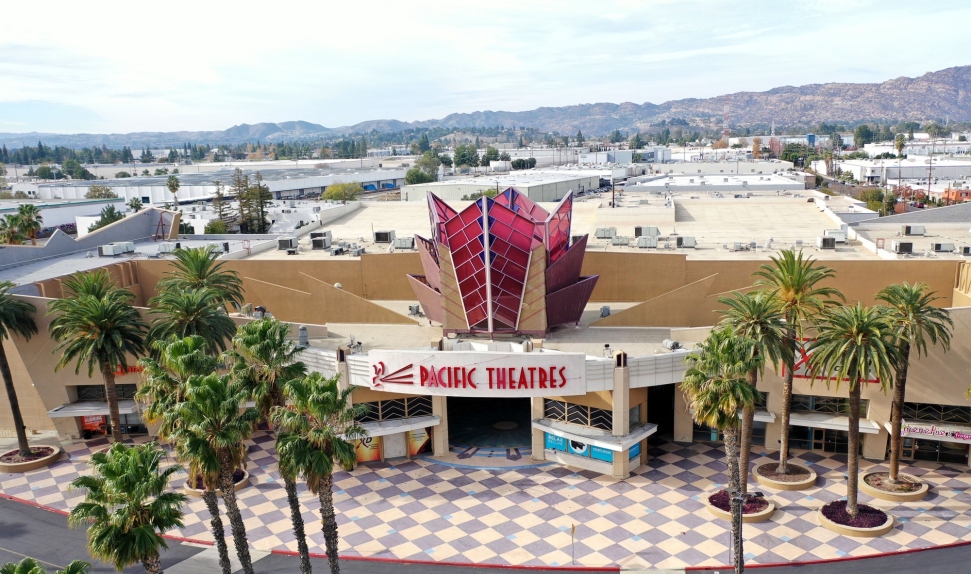 Winnetka Pacific Theatres multiplex location in Chatsworth, much beloved by Valley moviegoers, will be transformed into an industrial complex, according to a document filed with the city’s planning department.

The movie theater at 9201 Winnetka Avenue, known for comfortable reclining chairs and friendly, film-knowledgeable personnel, will give way to three industrial buildings totaling 273,500 square feet in the area increasingly known for warehouses and distribution centers operated by retail online giants such as Amazon.

Pacific Theatres, the former owner of the multiplexes at The Grove and The Americana shopping plaza, operated 300 locations across the state, including the popular Cinerama Dome in Hollywood.

The Winnetka multiplex canceled its shows and closed its doors in March 2020 amid the pandemic.

In April, Decurion Corp., the parent company of the Pacific Theatre and ArcLight Cinema chains, said it decided not to reopen any of its 17 locations, following the catastrophic year amid multi-million-dollar losses and the pandemic-related restrictions.

Earlier this year, Pacific Theatres Exhibition Corp. announced it was filing Chapter 7 to liquidate its assets for creditors.

AMC Entertainment recently took over the leases of the 14-screen cinema at the Grove in Los Angeles and the 18-screen theater at The Americana in Glendale formerly occupied by Pacific Theatres.

Another space formerly occupied by ArcLight in Sherman Oaks was recently taken over by Regal Entertainment, which launched a multi-million-dollar makeover and reopened in July as Regal Sherman Oaks Galleria.

The Sherman Oaks location originally opened in 2001 as Pacific Theatres Galleria 16 and then in 2007 reopened as ArcLight cinema. The theater was closed in March 2020 due to COVID-related restrictions. A month later, the theater’s owner announced the closure would be permanent.

The future of the Arclight Hollywood location, an L.A. icon and most recently the flagship of the once-popular mini-chain of prestige moviehouses, is still up in the air.

Developed by William R. Forman, founder of Pacific Theatres, the Cinerama Dome opened on Sunset Boulevard in 1963 to showcase widescreen motion pictures and since then was declared a Historic-Cultural Monument. It was featured in Quentin Tarantino’s movie “Once Upon a Time in Hollywood.”

A group of supporters started a petition on Change.org aiming to save the once groundbreaking film palace, urging major streaming services to unite to preserve the legacy of the Cinerama Dome. It has garnered nearly 28,000 signatures.

Deadline Hollywood reported earlier that Decurion Corp. asked the city to renew a liquor license at the famous Hollywood theater and might reopen by 2023.

Decurion Corp. didn’t return a request for comment for this story.