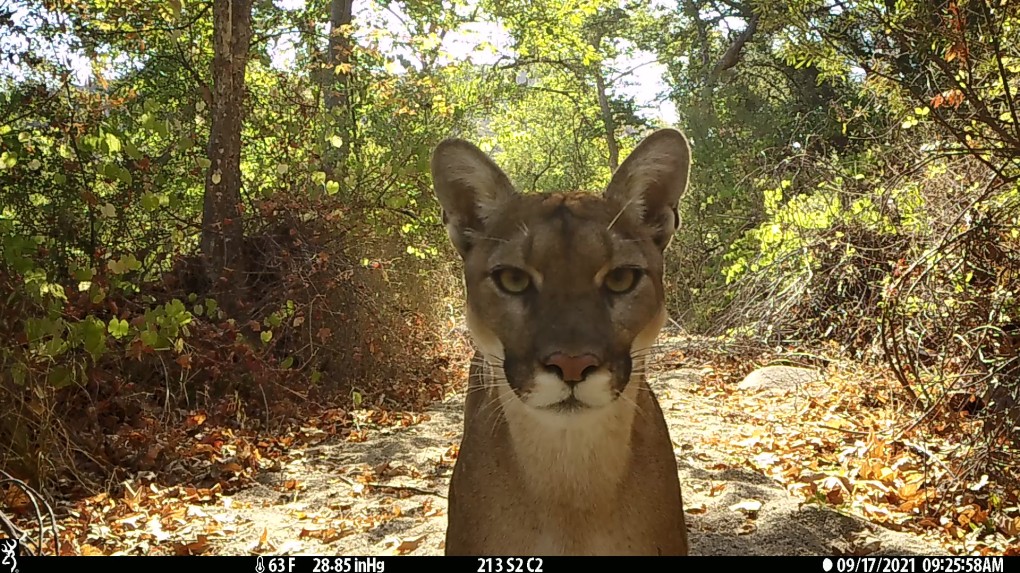 From saving oft-poisoned honeybees to saving the Earth from global warming, environmentalists will push next year for host of state protections they say are needed to preserve the natural world — and mankind itself — from destructive human activity.

California lawmakers have already created some of the strictest environmental rules in the nation. Yet Southern California still has the country’s worst air quality, the coast continues to be littered with plastic that endangers marine life, and mountain lions in the Santa Ana and Santa Monica mountains are headed toward extinction.

And those issues are just scraping the surface. Eight major environmental organizations surveyed by the Southern California News Group are advocating for more than two dozen priorities to be taken up by state legislators and regulators in the coming year. National groups queried included the Sierra Club, the Center for Biological Diversity and The Nature Conservancy. State organizations included Environment California and CALPIRG. Those specializing in coastal issues were the Surfrider Foundation, the California Coastkeeper Alliance and the California Coastal Protection Network.

Here’s what they’ll be pushing for.

The lions of the Santa Ana and Santa Monica mountains are expected to go locally extinct within 50 years because of inbreeding unless they can access fresh genes in neighboring populations. In the Santa Monica Mountains, a massive wildlife bridge over the 101 Freeway is expected to break ground by February while a crossing from the Santa Ana Mountains is in the early planning stages.

The state Fish and Game Commission, which last year granted the animals temporary protective status in these and four other geographic areas, is completing a study to determine if that status should be made permanent, which would aid in protections and probably in crossing projects as well. The Center for Biological Diversity is among those pushing for that determination.

The center also is calling for legislation to protect and promote wildlife corridors statewide, as well as calling on the commission to approve a pending measure that would give threatened status to the western Joshua tree. “That would be the first time a species was protected under (state law) due primarily to the threat of climate change,” said Brendan Cummings, the center’s conservation director.

The center is joined by Environment California in pushing for a ban on neonicotinoid pesticides, a widely used agricultural insecticide that’s deadly to bees and other pollinators, as well as 38 protected species of amphibians. A bill calling for such a prohibition was introduced last year but failed to advance.

A sweeping 2021 bill that would require all single-use packaging and foodware to be compostable or recyclable stalled for the third consecutive year in the face of opposition from the California Chamber of Commerce and the plastics and packaging industries. Frustrated activists have qualified a citizens initiative with the same requirements for the November 2022 ballot, although there’s still time for the Legislature to pass the measure before then. The measure is widely supported by environmentalists.

Going a step farther in terms of packaging would be a revival of Assembly Bill 1371, which died last year before getting a vote but was singled out by three of the groups surveyed by the Southern California News Group. The measure would prohibit online retailers shipping products in or to California from “using single-use plastic packaging that consists of shipping envelopes, cushioning, or void fill to package or transport the products.”

Meanwhile, CALPIRG State Director Jenn Engstrom is applauding plans by Sen. Susan Talamantes Eggman, D-Stockton, for a bill that would make it easier to repair and reuse cell phones and other electronic devices. “Californians dispose of approximately 46,000 cell phones per day, and only 15 to 20 percent of electronic waste is recycled,” she said. “California should adopt ‘right to repair’ reforms, which would allow consumers and small businesses to fix their property and devices in order to reduce waste and save money.”

There are no bigger environmental issues in the state than the overlapping challenges of climate change, greenhouse gases and air pollution — especially when you consider the the climate-change consequences of sea-level rise, heat waves, more extreme drought and worsening wildfires.

“With a projected surplus and federal investments coming from the bipartisan infrastructure bill, we have an opportunity to make some important investments in the resilient clean energy grid of the future and in tackling our air pollution problem,” said Laura Deehan, state director of Environment California. “We are asking for record investment in both of these areas.”

The state has a target of carbon-free electricity by 2045 but has already had to delay planned closures of outdated gas-fired power generators because of inadequate energy supplies. Environmentalists also want bolder steps to phase out natural gas furnaces and hot water heaters in buildings, and they say the state isn’t doing enough to meet its goal of 100% zero-emission new car sales by 2035.

Then there’s the scheduled Jan. 27 vote in which the Public Utilities Commission is expected to reduce incentives for residential solar power, in part so that non-solar users — particularly low-income electric customers — aren’t subsidizing a program that technology has made increasingly affordable to solar users, who tend to have higher incomes. While the Natural Resources Defense Council supports the change, many environmental groups — including Environment California — oppose the proposal and say it would result in fewer homeowners installing rooftop solar.

A proposed revolving loan fund would allow coastal cities to purchase coastal residences threatened by sea-level rise and then rent them out to pay off the loans until the homes are no longer inhabitable. Legislation was vetoed by Gov. Gavin Newsom last year, but Surfrider and the Coastal Protection Network want the effort revived. “(It) was a good first step in assisting landowners with vulnerable properties and should be expanding,” said network Executive Director Susan Jordan.

Jordan, along with Heal the Bay, would also like to see at least $5.6 million in state funds to match proposed federal spending to clean up DDT-waste — possibly hundreds of thousands of barrels — dumped off the coast of Los Angeles decades ago.

Additionally, Jordan is opposing bills that would make it easier to build seawalls and to launch sea farms by diminishing the Coastal Commission’s regulatory oversight.

Finally, in the wake of the October oil spill offshore of Huntington Beach, several state legislators have picked up the longstanding call of environmentalists to phase out existing offshore oil operations. However, given the existing leases of oil operators, it’s unclear how that would be accomplished.

The growing concern over lower-income neighborhoods disproportionately bearing the burden of environmental degradation has often focused primarily on those living with the pollution of nearby freeways, ports and refineries. But impacts can reach far beyond air quality. Among proposals for 2022 is a pitch from the California Coastkeeper Alliance ensuring that water projects don’t disproportionately hurt those neighborhoods.