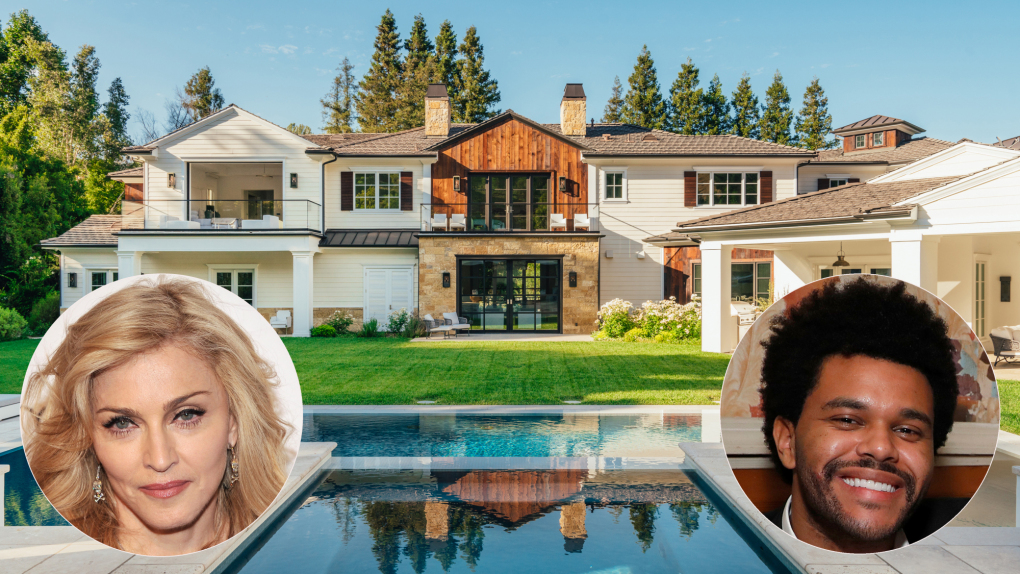 The Weeknd has sold his Hidden Hills compound for $19.3 million, and the buyer, according to Dirt.com, is the “Queen of Pop.”

Set on nearly 3 acres, the gated property includes a seven-bedroom main residence, a two-bedroom guest house and a full basketball court that “may not be duplicated in Hidden Hills,” the listing reads.

The house was completed in 2017, the same year the Canadian singer-songwriter and music producer born Abel Tesfaye bought it for $18.2 million, TMZ reported at the time.

A soaring entry hall in the main house with a two-story glass wall opens to a contemporary, all-white interior warmed by wood and stone accents, from the living and dining rooms to the gourmet kitchen.

The kitchen, which boasts two large islands and a walk-in butler’s pantry, neighbors the breakfast nook and family room.

Other features include a full-size bar, office, wine room, gym, media room, and a master suite that features a fireplace with a sitting area, two walk-in closets and a spa-like bathroom.

Pocket doors open to extend the living space out to the backyard. Its multiple terraces, zero-edge swimming pool and spa, and open-air pavilion with an outdoor kitchen and living area.

A converted horse barn that now functions as extra living space and a five-car garage with LED flooring add to the perks of this entertainer’s property.

The listing agent was Angel Salvador of The Agency. Trevor Wright of The Beverly Hills Estates repped Madonna.