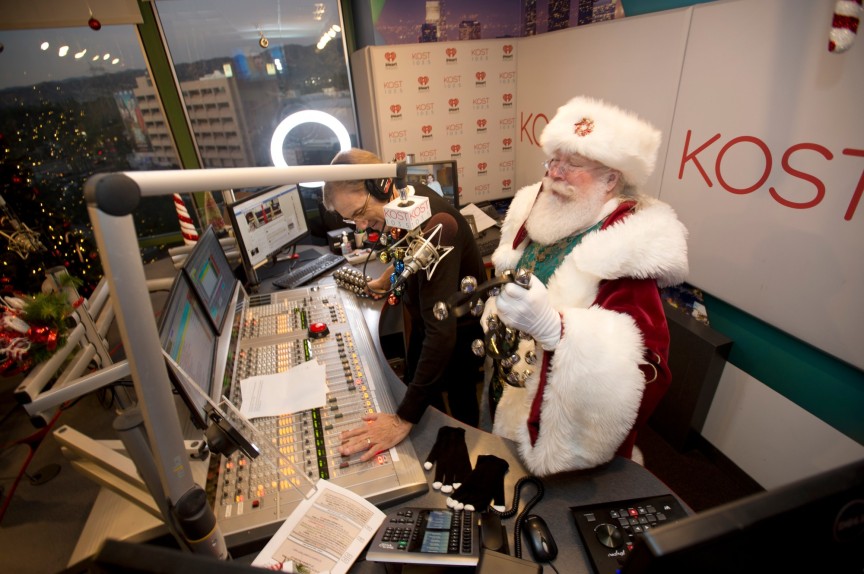 I recently made note of the great ratings success of KOST (103.5 FM), which has been LA’s favorite radio station since mid-summer. In past years, KOST has done decently well, but it was always the holidays that put KOST on top. Indeed, the ratings KOST earns during its annual all-holiday music format have been nothing less than stellar.

This year is a little different. KOST has been building up momentum leading to the holidays. It earned a 6.3 first-place finish, which is  almost a full point ahead of September’s 5.5. I may be wrong, but my memory is that KOST has never done this well leading into the holidays.

Much of the success has to do with the music mix of almost top-40 “hot adult contemporary” music in which newer artists like Ed Sheeran and Dua Lipa are combined with the likes of Michael Jackson and Cindy Lauper to create an upbeat mix of music that is familiar hits with some surprises added. Nothing unfamiliar really, but you don’t feel like you’re living in the past.

Another element in the station’s success is Ellen K, formerly the sidekick of Rick Dees and Ryan Seacrest mornings on KIIS-FM and a former top-40 DJ herself. Born in Palo Alto, Ellen has been heard on stations in San Francisco and San Diego; San Diego included the former B-100 where she was known as “Ellen Thomas” and played light hits weeknights from 10 p.m. to 2 a.m. (You can hear a quick sample at https://youtu.be/KqJWVQpgWtU.

Ellen has been doing mornings on KOST since October of 2015. And judging by letters I’ve gotten from you, she’s quite popular. Her soothing voice and positive demeanor have been mentioned numerous times; her ratings from Nielsen have her at the top of the list in numerous demographics for her time slot: all people aged 6 and over, all people aged 25-54, and women 25-54. That gives Ellen the same importance that Dees had when he did mornings on KIIS. Ellen basically drives the rest of the day by dominating the mornings.

But the big question remains: When will the station change to holiday music? My hunch is that it could happen by the time you are reading this.

I asked him if he would survey the class on their radio listening habits, and he agreed to do so. Keeping in mind that this is – admittedly – a small sample, including only 15 students, it matches with my own experiences throughout the years.

1. In the past month, have you listened to a streaming audio service like Spotify, Pandora, Apple Music or Rhapsody?

2. In the past month, have you listened to AM or FM radio?

3. If you don’t listen, what would it take to get you to listen to AM or FM radio (whether via a regular radio or a streaming app)?

A. Contest money, fewer commercials, more musical diversity, and better audio quality (primarily related to signal: areas with hills cause reception problems, something that doesn’t happen with cell-based internet used for streaming services in areas like Malibu … something that can be fixed by listening to radio via streams as well).

Other things came up: Interestingly, only a small number — two — listened to satellite radio.

“A lot of times the music is repetitive,” said one student who mentioned a station from her hometown in Texas. “It’s classic rock, but a lot of times it’s the same 30 songs.”

One comment centered on having to wait through songs you don’t like in order to hear songs you do. Another brought up stations such as KROQ (106.7 FM) that helped launch bands, and in some ways helped spread entire genres of music, including helping to bring punk rock to Los Angeles.

The Q&A and discussion that followed served to reinforce my feeling about radio.

Young people aren’t interested in radio, but not because it is “old” technology. Instead, it is just not offering younger listeners what they want. This means the solution is to actually play what they want … something entertaining, fun, and diverse. Ironically, as has been mentioned before, the likes of Spotify actually gives radio a chance to be better.

In a follow-up discussion with Beasing, I mentioned this idea: That if stations don’t start listening to this group, they will be like any aging group and as the older listeners die off, there won’t be anyone to take their place. Beasing agreed and then added, “But I fear it may be too late.”

I hope not. If radio embraced online streams, online interactive elements, and opened up the playlists to new music and new bands, it could go a long way. Craig Carpenter was way ahead of his time when he employed these elements as programmer at The Mix (now The Fish, KFSH 95.9 FM).

The urgency is real.