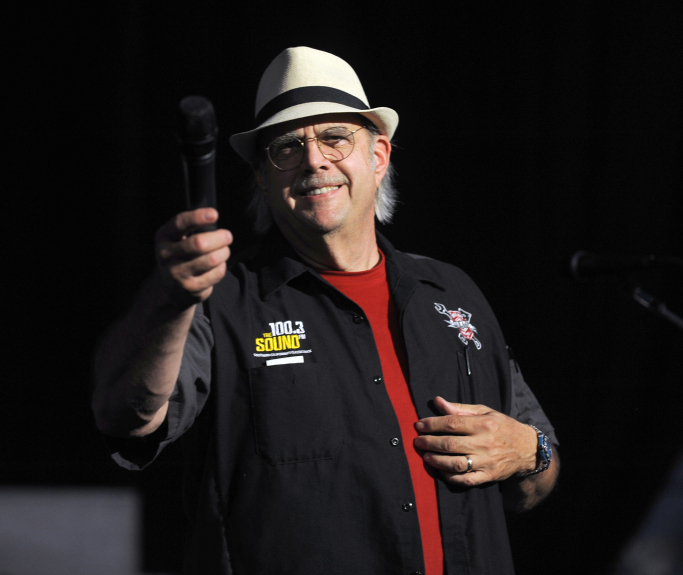 In 2017, Joe Benson finished his final shift at The Sound 100.3 as the station’s format switched from classic rock to Christian, and the veteran disc jockey figured it might be the end of his life on air.

And if it was, well, after nearly five decades in radio, including 37 years at Los Angeles stations such as The Sound, KLOS-FM (95.5) and Arrow 93.1, the man known on-air as Uncle Joe figured the chance to finally get some rest wasn’t unappealing.

“I said, ‘OK, here it goes,’” says Benson, who for most of his career anchored a painfully early morning shift. “The idea was just take a month off because it’s going to be Christmas. It’s my birthday. Just sit down for a while and see if I can relax a little bit, see what’s going to happen.”

But that’s not quite what happened.

He got a call about a job, had a good interview and figured nothing would happen. He had no illusions about the state of radio or his future in the field given the years of cutbacks and contractions in the industry.

“I’m thinking I’m semi-retired. That there’s nothing in this town for me right now,” says Benson. “I needed to take some time off, give my body and brain a chance, and talk to the family. Evidently, the kids grow when you’re not watching.”

But the offer was a serious one.

On May 7, 2018, Benson started his new gig as host of “Ultimate Classic Rock,” a show syndicated on stations around the country and online from 7 p.m. to midnight weeknights.

Benson also still hosts Off The Record with Joe Benson, a syndicated program he launched in 1998 on which he interviews rock musicians and the occasional comedian. Then there are one-off projects to which he contributes, working from his home studio, such as a tribute concert earlier this year for Keith Emerson of Emerson, Lake and Palmer.

So much for semi-retirement.

Benson says he his work ethic comes from his Midwest upbringing where you worked hard at whatever you did.

“I come from a working-class family,” he says. “My grandparents were, my parents were, my wife’s parents were. We always work. You’re working on the farm to begin with where you’re cussing all the time because you didn’t like lifting all that stuff,” Benson.”

His on-air career started in Iowa in 1968. A student at Loras College in Dubuque, he convinced the campus station to give him a show so the station could play the music he was into: the Beatles, Jimi Hendrix, Moby Grape, Buffalo Springfield among them.

Benson says he might have been the first DJ to play Led Zeppelin in Iowa, spinning the band’s debut on a show he titled “Yankee Stadium, Second Base,” a name for which “the only known excuse … seems to be that it was still the Sixties,” he writes in his online resume.

He transferred to the University of Wisconsin-Platteville to finish his degree and that’s where he picked up the moniker Uncle Joe, he says.

“Everybody had some kind of a nickname. Big Boy. Underdog,” he says. “And mine in particular, someone came up and says, ‘What are you doing over there, Uncle Joe?’ So it was that kind of thing, pretty loose.”

After college, he got his first paying job on an Illinois station so small that it operated out of a double-wide trailer in a cornfield. In addition to spinning records, he read the news, obituaries and hog reports on air. From there, he jumped from station to station in Illinois and Wisconsin for a few years.

By 1975, Benson made it to Milwaukee, the big city, for good, and spent most of the rest of the ’70s there before, after a short stint in Cleveland, Benson in October1980 arrived at KLOS in Los Angeles, where he joined a crew of classic L.A. disc jockeys including Rita Wilde, with whom he’d also work with at The Sound.

It was, he says, a moment before the freeform radio of the ’70s at album-oriented stations like KLOS would become changed by consultants and rigid programming.

“Well, once the consultants come in, they’re going to take care of your life for you,” Benson says with obvious sarcasm. “So you don’t have to worry about a thing, just do it like this.”

As new limits on what DJs could do on air arrived, Benson says he adapted by drawing on the skills he picked up at a Top 40 station before KLOS.

“Everybody in that station, when I came out here in ’80, I was the only person who had any kind of training for Top 40,” he says. “You had a limit of 60 seconds. Make sure you start out with a plug for this. Quick back sell to a plug for this. And if you have any time, whatever many seconds are left, talk about that.

“That’s what the Top 40 background, way back in the ’70s, that’s what we had to do. And you can put personality in that if you know what you’re doing.”

Benson was an early adopter of the work-from-home lifestyle, having long ago built a studio for what during his radio days were side projects, such as the long-running Off The Record with Joe Benson shows. The last few years his “Ultimate Classic Rock” show has been recorded there, too.

“It’s not that different except everybody’s much calmer when they’re doing it from home,” Benson says. “So I’ve got my own little world.”

Once he’s outside, he says meeting listeners and fans in person is one of the big reasons he’s always loved his job. “Whenever I go out to do things, somebody’s going to stop and say hi, and I appreciate it. It’s great fun talking to those people,” he says, adding that the also enjoys being the guy who introduces bands at concerts. “There’s been over 1,000 shows I’ve introduced.”

And usually, the people who approach him have a favorite moment for which they want to thank him, often one of the stories he’s collected over the decades in interviews with practically ever rock star who ever trod the boards.

“I started in October of 1980 (at KLOS), and it was basically put on the record, ‘Here’s such and such by such and such,’” Benson says. “I’d go, ‘You know one of the things about Jethro Tull was that Ian Anderson recorded the music first and then tried to figure out what the words were going to be, which is really kind of backward.’

“At some point a year or two down the road, someone’s going to come up and tell me about that story,” he says. “That’s a payment right there. Makes me feel like I’m communicating with people.”

And that, he says, is what’s made all the work, and a retirement that’s still off in the distance, worth it.

“Dad really wanted me to work in the construction company, but I was in radio,” Benson says. “And that actually worked out pretty good.”