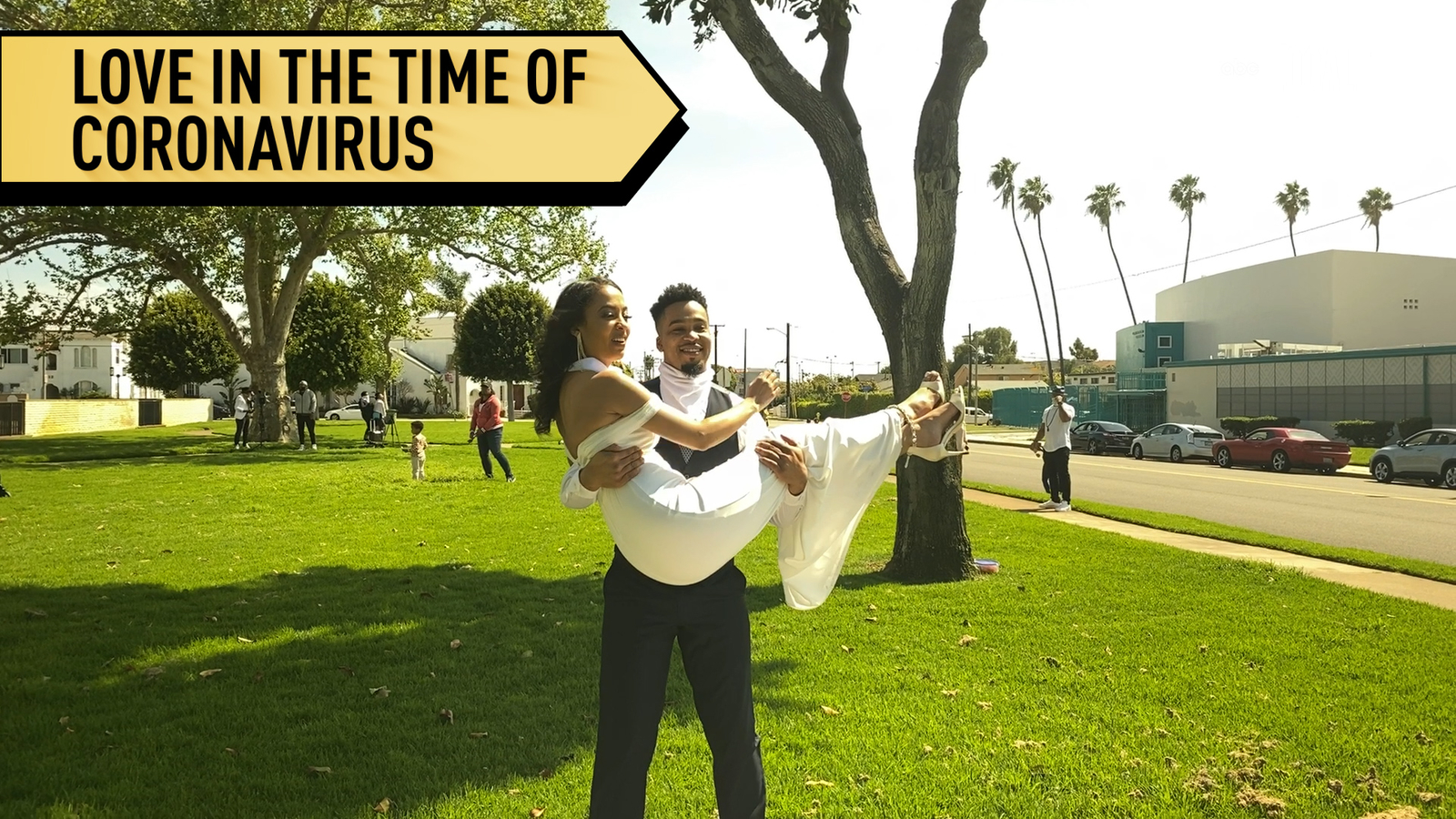 Cecilia Reynoso and Cartier Marshall had originally planned to be in Puerto Rico for their destination wedding, but the ongoing pandemic forced them to cancel their plans.

“We had to tell family members and once we told family members it was like, it really sunk in for us,” Marshall said. “Like that we probably won’t have a wedding.”

“I didn’t want her to feel like she was totally gypped,” Soco Reynoso said. “I thought, OK, we’re going to do something. We are going to honor this day, OK?”

Soco took the couple to Grevillea Park in Inglewood where they were surprised and surrounded by loved ones while practicing physical distancing. The bride and groom had another surprise in store, with a special guest.

“I’m like, ‘What is happening?’ and then after we say all our speeches who comes out? MAJOR.” Cecilia said.

Grammy nominated recording artist and actor, MAJOR. has sung his song “Why I Love You” at many weddings before, but he said he’s glad to see the song still having an impact during this time.

“I think at the end of the day, there’s so much creativity out there for us to pull from to figure out a way of recovery,” MAJOR. said.