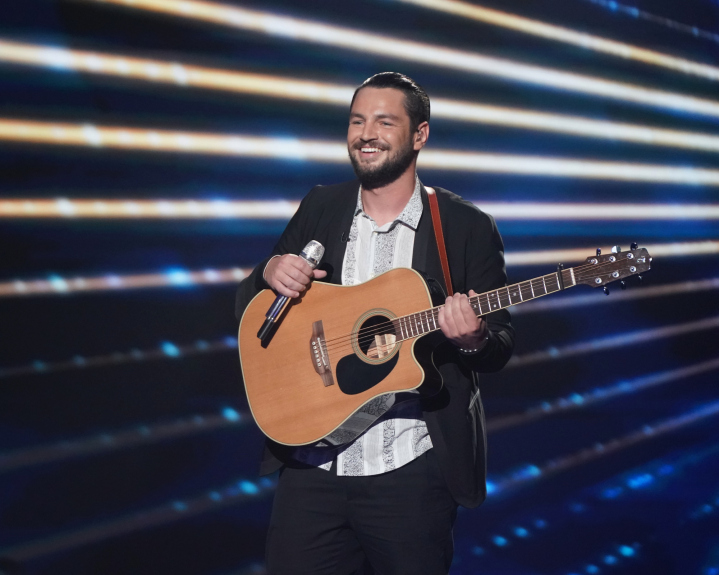 Chayce Beckham sailed into the Top 3 and to the finale of “American Idol” with a quartet of performances on Sunday that left the judges searching for new ways to describe how much they like what he’s doing.

“How do we create another way to say, ‘Great job. Amazing. Oh my God?’” judge Luke Bryan asked the Apple Valley heavy machinery operator at the end of Beckham’s back-to-back performance of “23,” a new original song, and “You Should Probably Leave,” the Chris Stapleton song Beckham reprised from earlier in the season.

“Chayce, what number is your song on the country charts?” Perry asked him.

“It’s No.1 right now,” Beckham answered with the kind of modesty that’s surely contributed to his popularity this season.

“Listen, Apple Valley boy, forklift boy, you are a rock star!” Perry declared, then addressing the socially distanced audience in the theater: “If you agree, make some noise.”

Beckham, 24, opened his night with a strong performance of the Zac Brown Band’s “Colder Weather,” a confident, stage-ready cover of a song that fits the grit in his voice.

“What you need to realize is that you’re here because you’re real, and  everything you give us feels real,” Bryan said. “And that can take you so far. Being genuine and authentic, people love that. And that’s why you’ve made it to this point.”

Added judge Lionel Richie: “I think what happens a lot; you spend most of this competition going, ‘Really? Really? They like me?’ And the answer is yes.”

Beckham’s final number on Sunday was a duet with fellow contestant Casey Bishop on “Break My Heart Again,” a song by the week’s celebrity mentor Finneas, who in addition to his own work, is a Grammy-winning producer for his sister Billie Eilish.

When the vote totals were revealed, Beckham advanced to the finale along with Willie Spence and Grace Kinstler, while Bishop was eliminated.