Will Disneyland sell out in minutes when the park reopens? 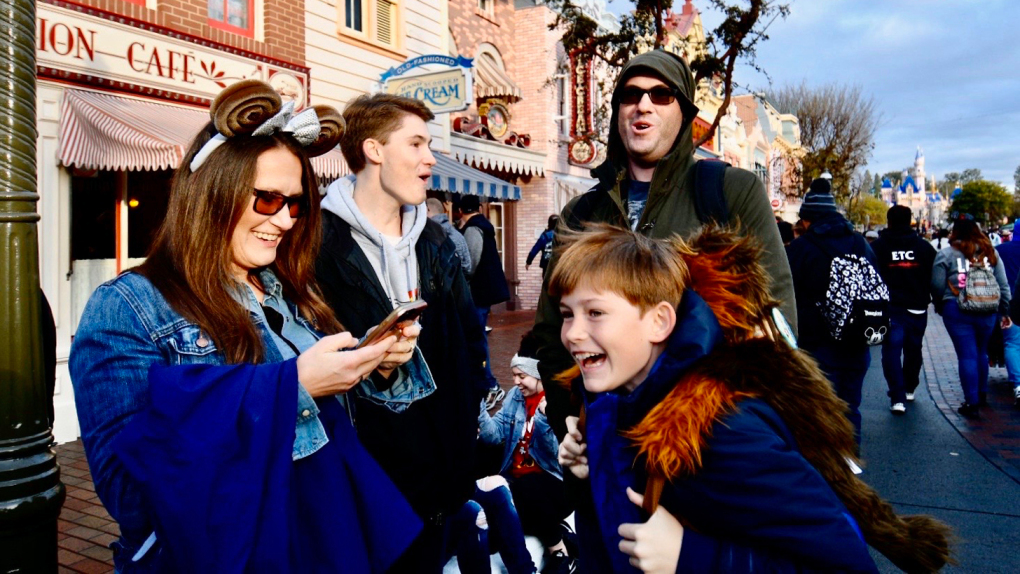 If you thought getting a boarding pass for Rise of the Resistance was tough, wait until Disneyland reopens with reduced attendance capacity limits following the extended coronavirus closure.

Scoring a ticket to Disneyland after the COVID-19 closure ends will be next to impossible if the first few weeks of operations at the reopened Shanghai Disneyland and reservation requests for the soon-to-reopen Disney World parks are any guide.

Reservations for Disney World hotel guests sold out within hours for the first three days available at Disney’s Hollywood Studios — home to the new Star Wars: Galaxy’s Edge themed land and the even newer Mickey and Minnie’s Runaway Railway dark ride. Reservations set aside for Disney World passholders are now sold out for the first two weeks at all four Florida parks.

A separate reservation period for four annual passholder preview days — two at Magic Kingdom and two at Disney’s Animal Kingdom — disappeared even faster. Reservations for all four AP preview dates were gone in less than an hour, according to Inside the Magic. Disgruntled passholders fumed online that preview reservations disappeared in as little as 15 to 20 minutes. Some Disney World passholders complained that they didn’t receive an email or push notification about reservations until 30 minutes after the registration window opened.

Pent-up demand may have been even stronger than the advance reservation numbers suggest. Many visitors and passholders grumbled that Disney World’s reservation system was prone to long delays and error messages.

Disney World’s four theme parks mean the Florida resort has at least twice the attendance capacity as the Disneyland resort — and likely more. The attendance discrepancy also means Disneyland’s annual passholders could have half as much opportunity to snag a reservation as their Disney World counterparts.

Due to pent-up demand, Chapek expects the company will have no trouble filling any of its theme parks at 10%, 25% or 50% of typical crowd levels once they reopen.

“We will staff accordingly to that type of level, whatever that level will be,” Chapek said on a call with analysts. “Obviously labor is a huge component of our cost base and so that will slide with the attendance.”

The strong demand for Shanghai Disneyland tickets is a good sign for Disneyland’s eventual reopening, according to Imperial Capital analyst David Miller.

“I would say it generally bodes well for Disneyland because Disneyland is more of a local visitation Disney park,” Miller told the Hollywood Reporter. “But there are no guarantees.”

Disneyland fans have experienced high demand and ticket shortages before with the opening of the popular new Rise of the Resistance attraction in Star Wars: Galaxy’s Edge. Thousands of fans lined up hours in advance for the opening day of the new Star Wars trackless dark ride at the Anaheim theme park.

On opening day, all of the Rise of the Resistance virtual boarding group passes at Disneyland were distributed within 6 minutes. It only got worse from there. Rise of the Resistance boarding passes typically sold out in under a minute each day, according to Touring Plans, which uses big data and statistical analysis to calculate daily crowd sizes and ride wait times at theme parks.