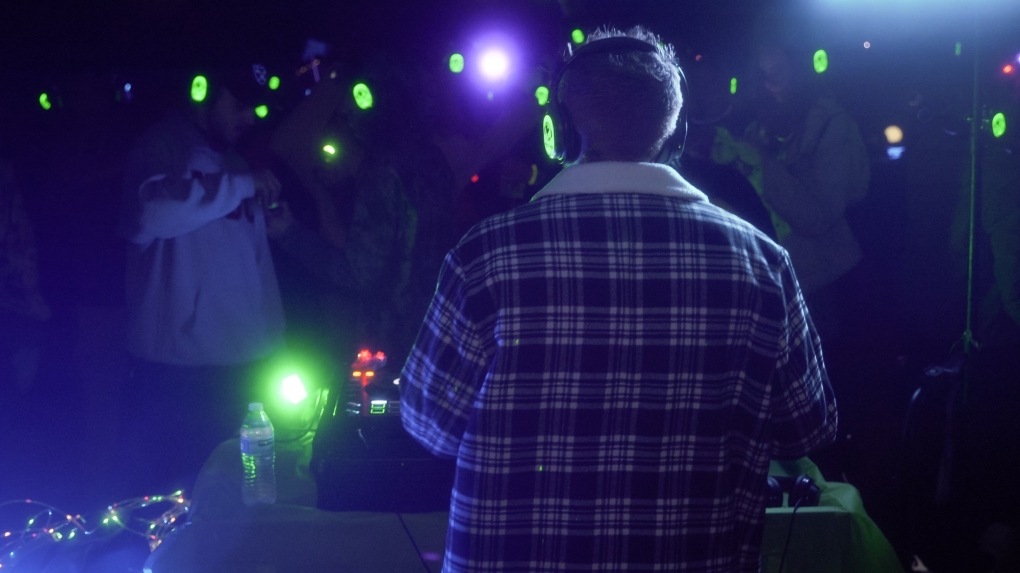 Even though this new beach festival has a lineup of DJs playing dance music and bands rocking out on five stages on the sand, don’t expect any noise complaints from angry neighbors because unless you have the right gear, you’re not going to hear a thing.

The inaugural Hermosa Harmony Festival silently launches next to the Hermosa Beach Pier on Oct. 2. It will include music from DJs and live bands that, similar to silent discos, can only be heard through wireless headphones.

“These experiences are unforgettable. In this case it’s a real festival vibe, it’s surprisingly communal, surprisingly bonding even though you’re wearing headphones,” said Adam Malovani, founder of World of Sound Productions, which is putting on the event.

The first Hermosa Harmony Festival was originally set to take place next to the Hermosa Beach Pier on Aug. 21, but due to concerns over COVID-19, the summer event was canceled.

The Oct. 2 version was already planned at the time and will now serve as the inaugural version of the event with about 2,000 people expected to attend and slip on wireless headphones that are programmed to receive five channels, each receiving a broadcast from a different stage of the festival.

There will be 15 DJs spinning on three DJ stages playing all sorts of dance music and one live music stage with acts such as Grateful Dead tribute band Cubensis, Led Zeppelin tribute band Acoustic Graffiti and Long Beach reggae/funk/jazz artist Kat Hall. There will also be a wellness stage hosting programming such as yoga and meditation sessions.

All performances will take place simultaneously and people can choose which stage they want to listen to by switching the channels.

And people will know who’s partying on the same wavelength, too, since the headphones change color depending on which channel they are on.

“So that’s part of the fun when you have multiple channels going on it becomes a kind of like battle of the DJs and you can see for example people with red headphones having a great time and you’re going to want to check out what they’re listening to,” said Malovani, whose company has put on numerous silent events including the Once in a Blue Moon in Joshua Tree, a Silent Summer Concert Series at Rock and Brews in Redondo Beach and Java Man Jam in Hermosa Beach in February.

While silent discos with DJs spinning music that can only be heard through noise have been around for years, silent live music isn’t commonly seen at these types of events.

During the Harmony Festival the bands will be performing live but they will not be plugged into any amplifiers. Instead, the instruments plug into a mixer which transmits the music via WiFi.

And if you want to hear an a cappella concert, just take the headphones off and if you’re close enough to the stage all you will hear is the singer’s voice.

But people don’t even have to stay close at all since the headphones have a range of a quarter mile, so they can also wander around.

“So people can spread out, so it just happens to be the perfect solution for the days we’re living in,” he said.