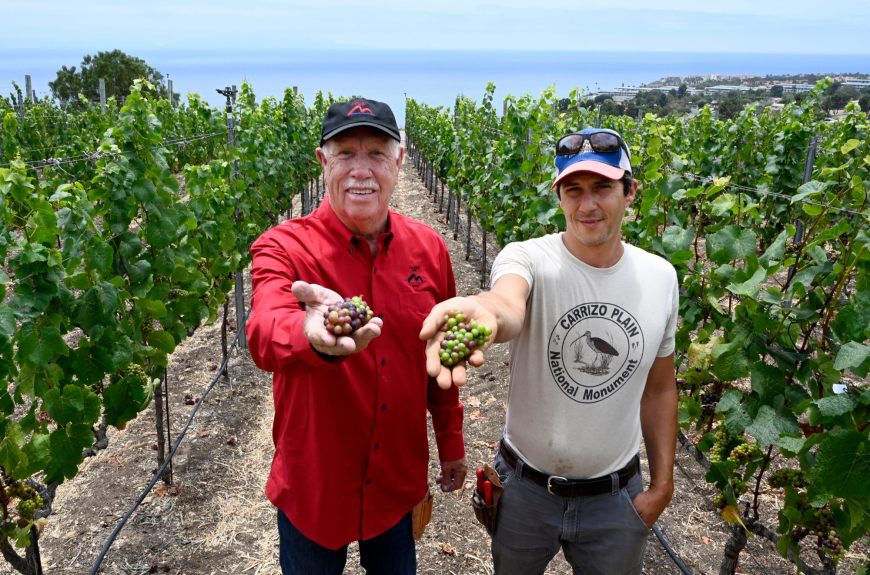 Look out, Napa Valley and Sonoma — there’s a new contender for wine-making supremacy in California:

While Napa and Sonoma, regions long synonymous with great wines, may still reign in California, the Peninsula is the newest region in the state to be designated an American Viticultural Area — and only the third in Los Angeles County.

That means any wine made on the hill’s15,900 acres can have “Palos Verdes Peninsula” stamped on their labels.

“It’s hopeful we’re going to get a lot more local restaurants,” York said, “not just South Bay, but in Southern California, to buy the wine.”

To receive an AVA designation, a region must have specific geographic or climatic features that separate it from surrounding areas and influences how the grapes are grown, the alcohol and tobacco agency says on its website.

“Using an AVA designation on a wine label allows vintners to describe more accurately the origin of their wines to consumers,” the website says, “and helps consumers identify wines they may purchase.”

That makes a good combination for growing thin-skinned grapes, which typically produce a lighter wine with fewer tannins. Tannins, like bark, can produce a bitter taste. The Peninsula’s climate is ideal for making pinot noir and chardonnay.

York has grown grapes since 2012 on five of the 120 acres he and his former partners purchased in Rancho Palos Verdes nearly 30 years ago. Catalina View Gardens also includes more than 25 acres for agricultural production, including citrus and avocados, and also hosts weddings and other events.

“There’s really no vineyards on the coast,” York said. “It’s too cold out; the land is so expensive. So we hired a company that did studies of the temperature, the wind, the soils, other things to determine what was suitable.”

The experts determined he could grow grapes, York said, but he needed a special rootstock to grow thin-skinned grapes. But mildew and other challenges make it intensive work.

Catalina View Wines’ first harvest was in 2016, according to a press release, and its production has grown quickly. Last year, the vintner produced almost 700 cases of pinot noir and chardonnay.

The next harvest, York said, will be in August.