Irish food for every day of the year, not just St. Patrick’s Day 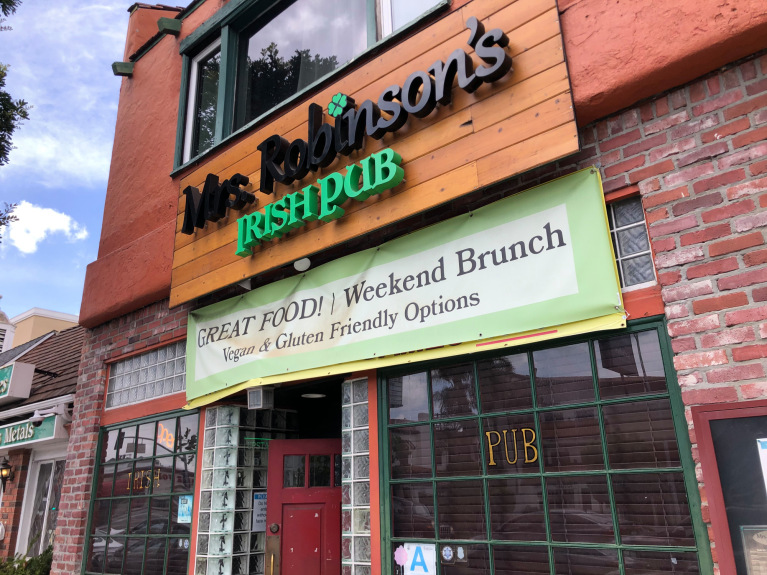 The first time I went to Dublin, as a starving student back when dinosaurs roamed the Earth, I lived on beer from working-class pubs, along with fish and chips pretty much everywhere. (As I recall, if you went on the Guinness Stout Brewery Tour, you got all the Guinness you could drink. Which back then, wasn’t much.)

The second time I went to Dublin, I added Irish stew, bangers & mash, soda bread, Dingle Pie (mutton in a pastry) and colcannon (mashed potatoes and cabbage) to my diet, along with lots of rare cuts of beef and long-cooked slabs of lamb.

I was eating well. But my diet was still very blue collar. And that’s one of the joys of Irish cuisine. As food writer Colman Andrews finds in his brilliant volume, “The Country Cooking of Ireland,” this is a land of farm-to-table food, with great artisan butter churners, bakers, cheesemakers and the like. Ingredients that dazzle diners at great Dublin restaurants like Chapter One. But even at its highest level, this is casual cuisine.

And it’s hard to find restaurants more casual than the duo on Riverside Drive in Toluca Lake/Burbank, which may well be the vanguard of turning this studio-adjacent strip into our own Little Dublin. And perhaps a tad ironically, what I’ve eaten on Riverside takes me back to my student days haunting the side streets of North Inner City and Portobello.

Despite the fact that The Auld Chip Shop (4007 Riverside Drive, Burbank, 818-861-7777) sounds like a stand that serves nothing but french fries, there’s actually a lot more going on here. Indeed, for a restaurant where you order from a counter, then find a table inside or out, the menu has depths unexpected. It promotes itself as “Traditional Fish & Chips.” But even on that level, tradition isn’t rock solid. Along with french fries, you can order sweet potato fries. And as the menu notes, “All fried foods can also be made gluten-friendly!”

The fish and chips runs to a choice of cod, haddock, rockfish or jumbo shrimp — all properly moist and sweet within their crunchy coating. But there’s also a section headed “Traditional Irish Fare,” where you can find bangers and mash, Malay chicken curry, and blackened grilled Atlantic salmon.

But let’s deal with the name dish for a moment. The first item under “Smalls” is house-cut or sweet potato fries. The menu says, “’Dirty’ them any way you like for $2 a dirty.” And the choice of “dirties” runs to curry sauce, whiskey aioli, garlic aioli, caramelized onions and both a Dubliner cheese sauce and Misha’s vegan cheese sauce. Or, if you wish, you can get your fries baked into a chip butty, made with Kerrygold butter and a fresh baked ciabatta baguette, with red or brown sauce.

There’s a bunch of pies (shepherd’s, rooster, lamb, fisherman’s), a fine seafood chowder, and Guinness Stout on draft. I can drink more now than back then. But it’s still like drinking liquid oatmeal. I feel it filling me up, with every swallow.

Just down the street, there’s Mrs. Robinson’s Irish Pub (10111 Riverside Drive, Toluca Lake, 818-985-3359, www.mrsrobinsonsirishpub.com), which is as close to a true Dublin pub as anyplace I’ve been in town. Except, of course, for the sunny patio out back, which is very much not something oft found in rainy Eire. With sports on the telly and framed sheet music on the walls, they don’t miss a trick here! I mean, song titles like “Ireland Must Be Heaven for My Mother Came from There” and “Along the Rocky Road to Dublin” — how perfect can that be?

There’s a long bar, and a small kitchen that cranks out a lot of dishes. And a highly eclectic set of foods at that.

There’s fish and chips, of course, along with Irish Stew, bangers and mash, shepherd’s pie, and “Leprechaun Balls” — deep-fried mashed potato balls filled with leeks, with the house Guinness mustard on the side. There are french fries with diced corned beef too. And a proper Irish breakfast of fried eggs, bacon, bangers, hash browns, baked beans and a grilled tomato. You can get a breakfast shot for $6 extra — a little eye opener dontcha know.

But there’s also a Southwestern taco salad, quesadillas and Beyond Beef sliders. Spaghetti and Beyond Meat marinara sauce too. With a gluten-free chocolate brownie for dessert. Despite that, with the Guinness, the corned beef hash and eggs, and the Irish nachos this is certainly an outpost of Dublin. But it’s also on Riverside Drive. A taste o’ the auld sod, on some much newer sod. Where soft tacos are both expected and served.