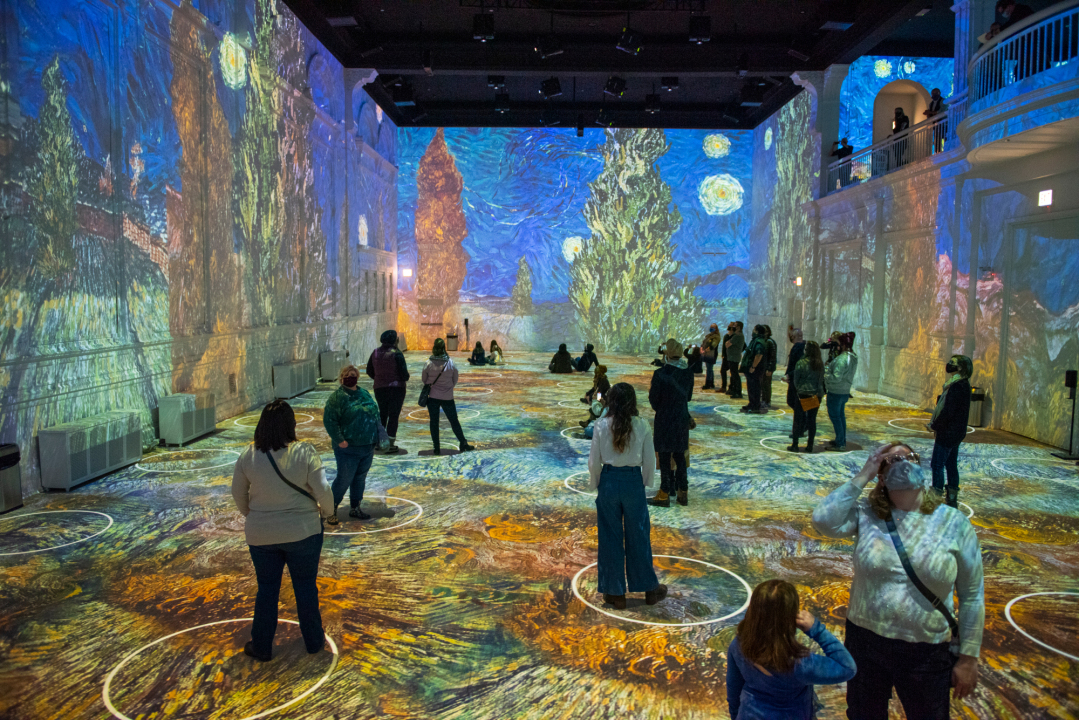 Producers of the “Immersive Van Gogh” exhibit have officially announced a venue and an opening date for the experience in Los Angeles. The exhibition, which is also currently showing in San Francisco and Chicago, will take over the former home of Amoeba Music at 6400 Sunset Blvd. in Hollywood and celebrate its grand opening on Saturday, July 31.

The Los Angeles edition of “Immersive Van Gogh” was announced back in February and was set to open in May at an undisclosed location “in the heart of L.A.” However, the event was postponed due to issues related to COVID-19 and closures at the Los Angeles Department of Building & Safety, according to an event spokesperson.

“‘Immersive Van Gogh’ Exhibit LA experienced unprecedented and extended delays in preparing the new venue and as a result, the opening day was forcibly postponed,” the emailed statement continued.

A new block of tickets ($29.99-$99.99) will be available to the public starting at noon Friday, June 12 at vangoghla.com. A spokesperson for the event said those who purchased tickets for earlier dates will be rescheduled or issued refunds. If you have tickets and would like to switch dates or get a refund, go to vangoghla.com/reschedule/. The event is scheduled to run through January 2022.

The hour-long walkthrough experience was created by creative director Massimiliano Siccardi and uses digital mapping technology to incorporate every inch of wall and floor space as well as pillars, archways and other architectural features within the venue to display nearly 400 pieces of Van Gogh’s work. There is music and animation that simulates the wind blowing through Van Gogh’s popular “Les Tournesols” (“Sunflowers,” 1888), that gently spins the “Le Moulin de la Galette” (“Windmill,” 1886) and the stars twinkle in “La Nuit étoilée” (“The Starry Night,” 1889).

“It really is extraordinary, and as I’m talking to people in the media and trying to describe what it is, usually the first thing I say is, ‘Have you seen Episode 5 of ‘Emily in Paris’ on Netflix?’,” co-producer Corey Ross said during an interview back in February. The episode includes a scene shot inside Siccardi’s exhibit in Paris that offers a taste of what he’s bringing to Southern California.

“The exhibit sits at the crossroads of film and immersive experiential entertainment,” he described. “It really is a new way of experiencing art, and the buildings themselves and the architecture is an active participant in the art. Then there’s roughly 500,000 cubic feet of projection with 9 million pixels. If you’re a true technique geek and interested in looking at Van Gogh’s brushstrokes, paint speckles and all of the details of his technique, you’ll see it blown up on a 50-foot by 200-foot wall and experience his paintings like you never have before.”

Though COVID-19 restrictions will be lifting throughout the state on June 15, “Immersive Van Gogh” will be updating its safety guidelines and protocol so make sure to check the website before attending at vangoghla.com/its-safe-to-gogh.