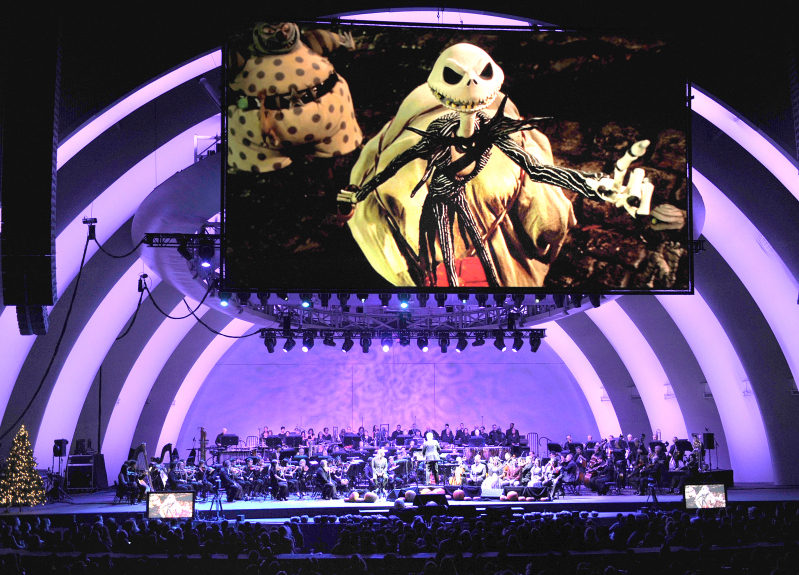 Singer-songwriter, producer and film composer Danny Elfman will bring the magic of Disney’s beloved “The Nightmare Before Christmas” back to Southern California, this time around landing at Banc of California Stadium in Los Angeles.

It has been three years since Elfman has led this immersive and kid-friendly Halloween experience at concert venues in the area and after spending 2020 in quarantine with the rest of the world, he’s ready to reprise his role as Jack Skellington during the live-to-film concert experience on Friday, Oct. 29.

Elfman, who served as the singing voice for Jack as well as composed the film’s original music, lyrics and score for the Tim Burton film, will once again team up with conductor John Mauceri and a full orchestra and choir to perform the classic songs live along with the film. Of course, singing along is strongly encouraged.

Much like when the event took place at the Hollywood Bowl, the evening will include live digital animation, fully engulfing the venue with a Halloween Town vibe. However, producers AMP Worldwide, along with Richard Kraft and Laura Engel stated in a press release that this will be a uniquely tailored experience for those who have attended these shows in the past. There will be pre-show activities including a costume contest and “Nightmare” themed costumes are also strongly encouraged since there will also be on-site trick-or-treating.

During previous shows, Elfman has brought out actress Catherine O’Hara, who voices Sally, Ken Page as Oogie Boogie and Paul Reubens as Lock. Though he swore he wasn’t interested in playing any Oingo Boingo music, in 2015 Elfman whipped out his guitar and played his band’s 1985 hit “Dead Man’s Party” for the first time in two decades. So, these events are full of surprises.

Producers are working with the Los Angeles County Department of Public Health to ensure all COVID-19 safety protocol is followed and once final guidelines are established by local health officials, updates will be available at bancofcaliforniastadium.com.