More about North Hollywood, Fonzie and the Rolling Stones 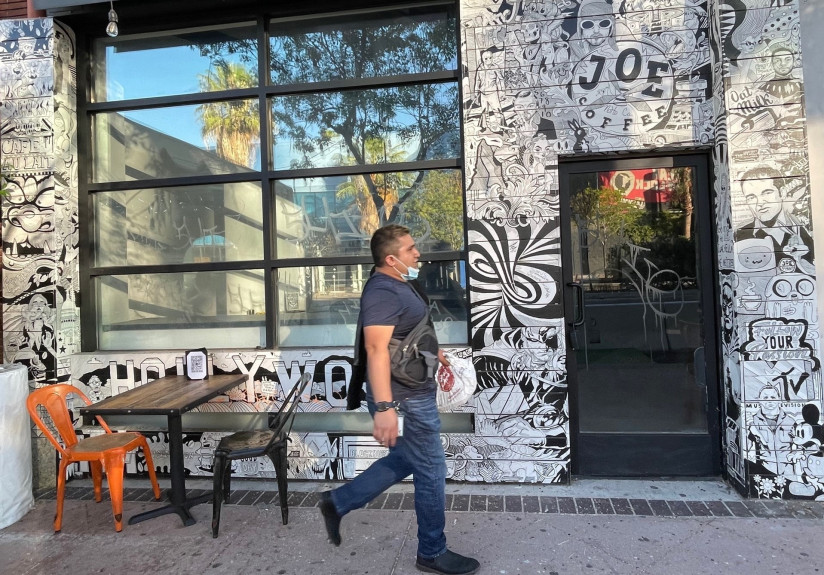 My column about escaping the Inland Empire to spend the Fourth of July weekend housesitting at a friend’s place in North Hollywood drew a few comments, including about the 1926 El Portal Theater.

“I grew up in North Hollywood. Nice to see something written about it,” reader Barry Beck says by email. “As I started reading your column, I wondered, is he going to mention the El Portal?”

Good thing I included it. I’d hate to let a reader down.

Beck continues: “My first-ever date was at the El Portal. The movie: Paul Newman in ‘The Hustler.’ Yeah, I’m old!”

“Thank you for another good introduction to a place where I haven’t spent time,” Natalie Stalwick says. “When I hear of NoHo, it’s usually on real-time traffic, so your description makes it clear that it’s an interesting suburb.”

Mission Hills reader Lynn Mead sent a long, fond reminiscence about growing up in NoHo over the fence from the Palomino Club’s parking lot. “My little brother and I would peruse the lot and surrounding field on Sundays, looking for spilled change,” she says. “One day we found a dollar and thought we were rich.”

She’d go to the El Portal on a bus ride that cost 12 cents for Saturday matinees. She recalls that most residential streets in the Valley at that time were unpaved and that almost every necessary service or item could be found on the main drag, Lankershim Boulevard.

Concludes Mead: “Just wanted to say thanks, and let you know how very much I enjoyed your weekend in NoHo.”

Coincidentally, I liked it too.

Meanwhile, my description of NoHo’s Iliad Bookshop as “almost certainly L.A.’s biggest and best used bookstore” contains, as you’ll note, a qualifier: “almost certainly.” Which is a good thing.

The Last Bookstore is definitely bigger than Iliad. Is it better? As The Last Bookstore has become crowded with visitors seeking an Instagram photo, making the mezzanine almost impossible to navigate, I’ve become less likely to visit. Iliad is a classic used bookstore. Also, Iliad gets points for bookstore cats.

Let’s call it a draw. And my journalist habit of qualifying my statements has rarely been better employed. (Note that even that statement isn’t definitive.)

Another anniversary is almost upon us! The Stones’ fourth and final concert at the Swing was July 24, 1966. It took place at the unusual time of 2 p.m., allowing the band to make an evening gig in Bakersfield.

If you were there — San Bernardino, not Bakersfield — shoot me an email or leave me a voicemail, please, with your recollections. I’ll write about the concert later this week to complete my, cough, Rolling Stones quadrilogy.

My photo of the Milwaukee statue of Arthur Fonzarelli, the “Happy Days” character played by Henry Winkler, led three readers — John Fatini, Joanne Greenthal and Rudy Rios — to post family photos with the Fonzie statue on my Facebook page. Many of you have been to Milwaukee, it seems.

Reader David Saw, meanwhile, responds to my Fonz visit by issuing a challenge: “Now you have to go to the Cunninghams’ house in Hancock Park!”

This was news to me, but he’s right. While Richie Cunningham and family lived in Milwaukee on “Happy Days,” the exterior views of their house were filmed in L.A. at 565 N. Cahuenga Blvd.

If I’m in the neighborhood, I’ll go, but the house isn’t recognizable to me despite the years I spent (wasted?) watching that show. TV houses don’t tend to burn themselves into my memory, with the “Brady Bunch” house as the exception. I did a “Walking L.A.” jaunt once that included the Brady homestead in Studio City and recognized the famous split-level instantly.

Only on Wednesday did I discover that I’ve been walking past the “Maude” house — 1011 Harvard Ave. in Claremont, seen in establishing shots of the 1972-78 comedy — for years without recognizing it. The closing credits turn out to include an entire block of Harvard Avenue.

As Bea Arthur’s imperious Maude Findlay might intone gravely concerning my oversight: “Let it be on your head.”

Pop singer and Riverside County native Olivia Rodrigo met President Joe Biden and Dr. Anthony Fauci on Wednesday at the White House as part of a campaign to promote the vaccine for young people. Born in Temecula and raised in Murrieta, Rodrigo, 18, has America’s No. 1 album, “Sour,” and millions of social media followers. And she must be the first alumna of Lisa J. Mails Elementary and Dorothy McElhinney Middle School to address the White House press corps.