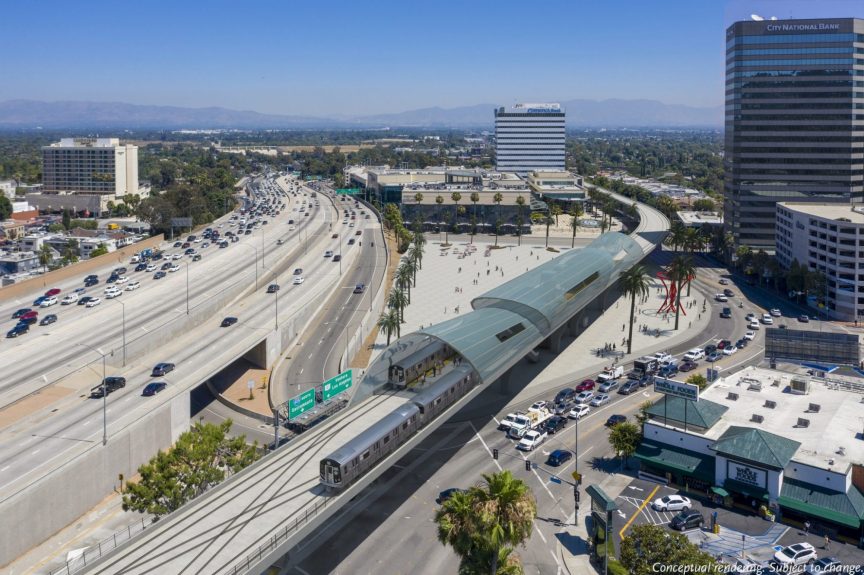 The Los Angeles County Metropolitan Transportation Authority is launching the environmental review phase for the Sepulveda Transit Corridor project that would connect the San Fernando Valley, the Westside and eventually LAX.

Members of the public are encouraged to submit comments about the alternatives, as well as identify issues that may need to be addressed in the environmental review. Comments may be submitted online or at a virtual scoping meeting by Feb. 11.

In August, Bechtel, Meridiam Infrastructure and American Triple I Partners signed pre-development contracts with Metro along with L.A. Skyrail Express.

Metro’s board of directors awarded a $69.9 million contract in March to Sepulveda Transit Corridor Partners to further develop its concept.

Under the proposal, more than 60% of the heavy rail concept would run underground and the rest would travel in an aerial section, allowing passengers to travel along the 405 Freeway in about 20 minutes, the proposal said. The proposal is estimated to cost about $10.8 billion.