How was September homebuying? Expect sales, prices to fall in Southern California 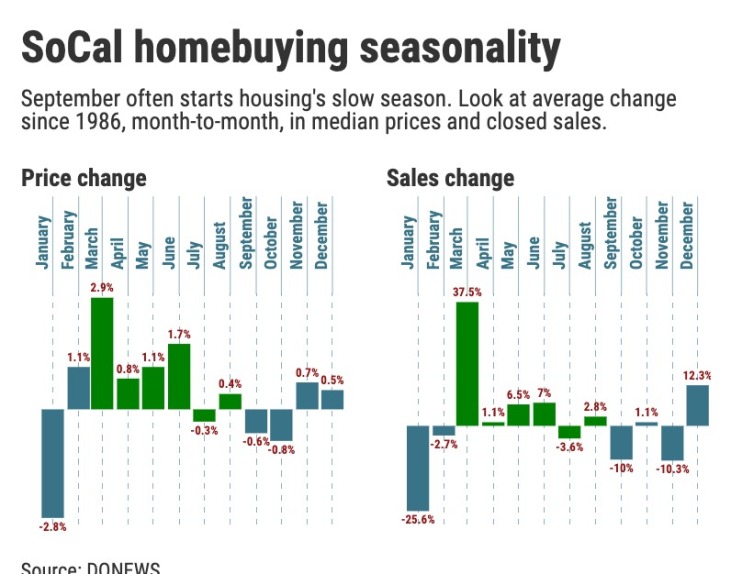 When the Southern California homebuying stats for September come out in the next few days, don’t forget they typically show a sales drop and cooler pricing from the previous month.

My trusty spreadsheet, using monthly sales figures dating to 1988 and compiled by DQNews, tells us the typical volume of purchases in September was down 88% of the time from August, a 9.5% average one-month decline.

The cooler selling pace impacts pricing, which dropped 55% of the time between these two months over 33 years. Average change? 0.56% decline.

You don’t need a spreadsheet to know homebuying goes through numerous gyrations, including seasonal ups and downs. Such trends are helpful when understanding month-to-month homebuying trends.

And let’s note the caveat: History can be a good albeit imperfect indicator of the economic future.