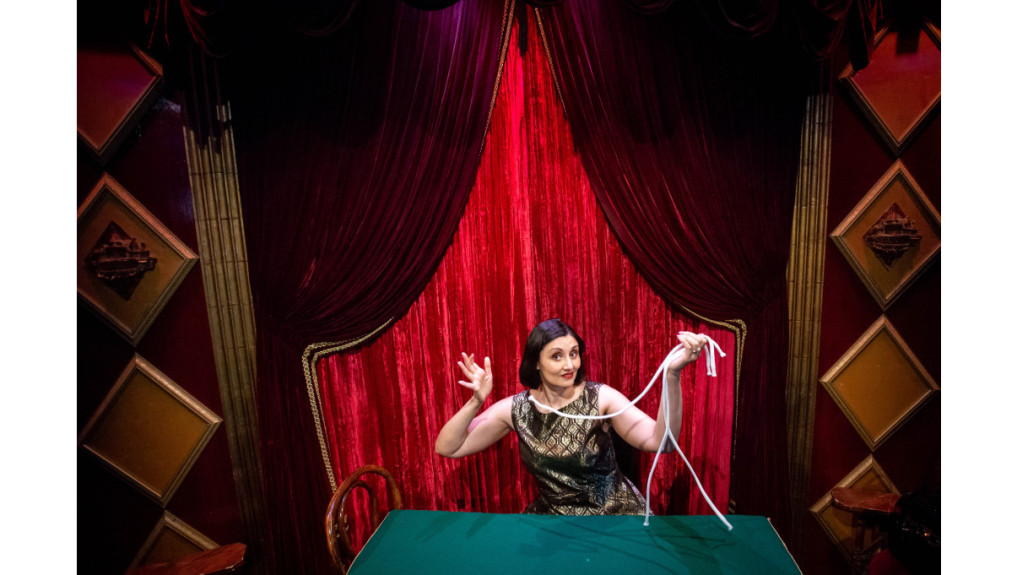 Los Angeles’ Academy of Magical Arts will reopen its iconic Hollywood clubhouse, the Magic Castle, for indoor dining and general amazement on Friday, May 21 after shutting down for more than a year amid the pandemic.

The 112-year-old venue will operate at a reduced capacity, down from a maximum number of 540 to closer to 100 attendees, and the club will initially broadcast videos of performances rather than jumping back into live performances, though plans for bringing performers back in-person are certainly in the works, officials said.

When it first opens, the club will provide its usual wizardry and service to members only on Friday, Saturday and Sunday. The venue will require attendees to wear masks when they are not seated at a table, actively eating and drinking.

The famed Magic Castle opened in 1963 as an elegant clubhouse for magicians. Before that, it was a private residence, an apartment building and even served as a home for the elderly for a time.

Milt Larsen, a television writer, co-founded the Academy of Magical Arts, and the club alongside his brother, Bill, and his wife, Irene.

During the pandemic, the Magic Castle did open some of its services. Members could pick up a meal to go or sit at socially distanced tables in the parking lot of the venue and enjoy something to eat. Most public events went on hiatus, though.

Randy Sinnott, Jr., the president of AMA’s board of directors, said the process to reopen has had its challenges because it’s hard to put the Magic Castle into a single category for county officials.

“We’ve been looking at it for probably about a month,” Sinnott, Jr. said. “And a lot of it just had to do with the fact that we do have a rather unique structure. We are not just a restaurant, we are not just a theater, not just a clubhouse. We are a very unique mix of facilities.”

Sinnott said the mix made it harder to reopen because the Magic Castle had to adhere to COVID-19 restrictions for multiple types of venue rather than just adopting the policies of a business that only serves food or only puts on shows.

Members and performers who are excited to get back into the club, he said.

“We’ve had a number of performers reach out to myself and other board members to say ‘Hey, I’m super interested in performing when you guys are back open,’” Sinnott said.

The reopening means a lot to Sinnott, Jr. personally. His father held the same position with AMA that Sinnott now holds. And he met his wife at the Magic Castle.

“It’s a priority for me to ensure that our organization is here for the next 50 years,” Sinnott said.

“I don’t have kids yet,” he added, “but I fully intend on bringing my kids to the Magic Castle to enjoy an evening there when they’re old enough.”