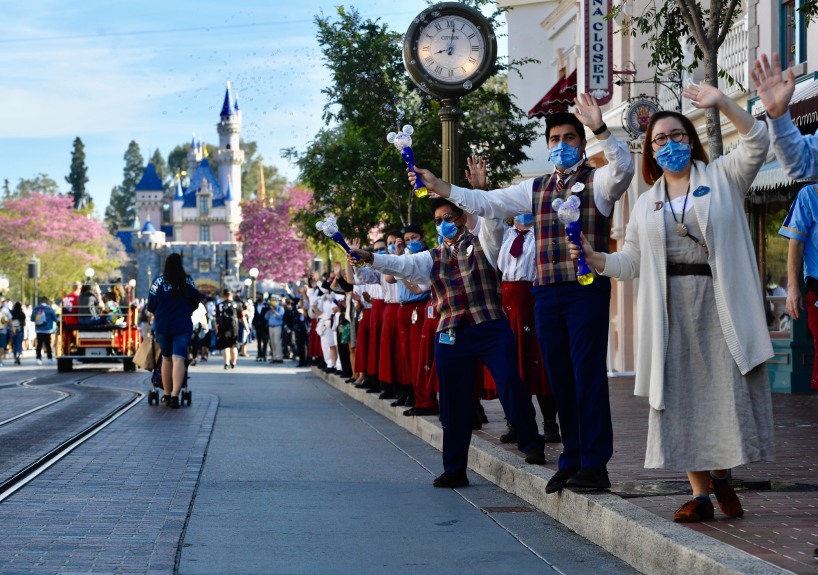 Disneyland employees averted a strike and voted for a new contract that includes a 19% pay hike of $3 per hour over three years and bonuses for long-time workers after a contentious union negotiation that threatened to disrupt the Happiest Place on Earth.

“The Disneyland resort is pleased that cast members of the Disneyland park represented by the Master Services Council ratified a new collective bargaining agreement,” according to a Disneyland spokesperson. “Cast members from Disney California Adventure park and Downtown Disney District previously ratified the same offer on November 17th. We are proud of the competitive wage and benefit offer, which provides historical increases over three years, continuing to outpace the California minimum wage.”

The yes vote avoids a very public showdown between Disneyland and its workers. A no vote would have authorized the union to hold a strike.

The proposed contracts for Disneyland, Disney California Adventure and Downtown Disney union employees were negotiated jointly but voted on separately.

Disney California Adventure and Downtown Disney employees accepted the new three-year contract on Nov. 17 and didn’t vote a second time. Only Disneyland union members participated during the second round of voting on Thursday and Friday, Dec. 2 and 3.

Disneyland’s contract offer did not change after the Nov. 17 vote, according to union officials.

The tentative agreement endorsed by Master Services Council leadership raises minimum pay from $15.50 to $18.50 per hour — a 19% increase.

DCA and Downtown Disney employees that accepted the contract have already received a $2 per hour pay increase with another $1 per hour set to take effect in June 2023.

Disneyland’s offer outpaces California’s minimum wage, which is set to rise from $14 to $15 per hour in 2022.

A pandemic-related nationwide hiring crunch has forced companies to raise wages and offer bonuses to attract and retain employees as workers continue to quit their jobs at record rates.

A 1984 union strike with picket lines outside Disneyland lasted three weeks and led to an agreement that resulted in a two-year wage freeze. Disneyland remained open during the “Friendliest Strike On Earth” with non-union office workers operating rides and fulfilling other theme park duties, according to the OC Weekly.