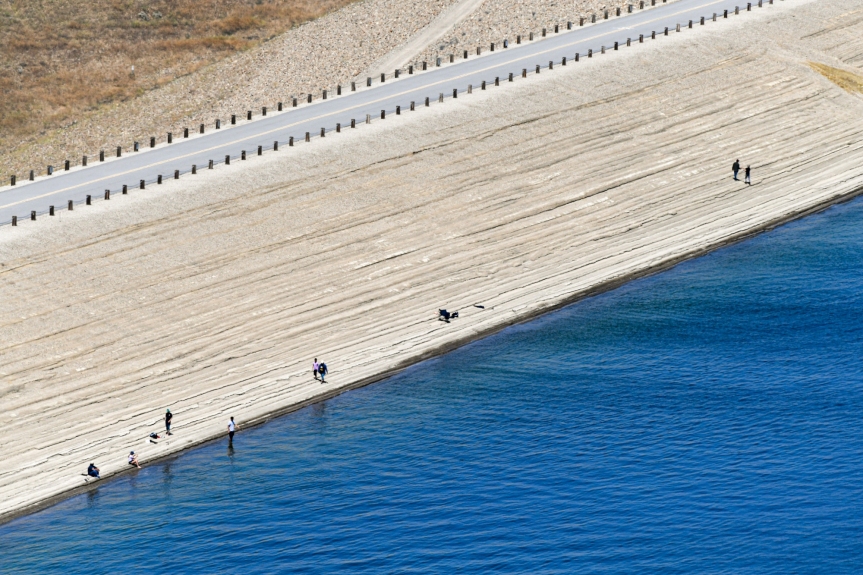 Seismic work at Castaic Dam’s tower access bridge in Los Angeles County has reached a milestone, wrapping up a project on three bridge piers as its owner — the California Department of Water Resources — works on reducing risk of quake damage at its water facilities.

“With the completion of the reinforced wrapping to all of the bridge’s piers, we have improved the strength and flexibility of each pier to allow for controlled movements of the bridge during a major earthquake,” said Jason Brabec, Castaic Dam Modernization Program Manager in a statement. “This work bolsters DWR’s ability to safely and reliably release water.”

The 500-foot-long bridge provides access for operations and maintenance crews to the structure that allows releasing water from Castaic Lake.

The bridge was built in 1974 and later retrofitted in 1998 following the Northridge Earthquake.

In 2017, California safety regulators rated Castaic Dam as “fair,” noting it was vulnerable to earthquakes. The following year, the Department of Water Resources, which owns the dam, launched the modernization program.

Crews will continue working on the bridge’s structure which supports the deck and connects to the piers, officials said.

So far, workers added catcher blocks, installed bearing pads and replaced selected steel members in an effort to strengthen the bridge’s performance during a major earthquake. As part of the work, Castaic Lake levels were also brought down by over 100 feet to allow dry access to the bridge piers.

Visitors to the lake, officials say, should be aware of fluctuating lake levels over the next year. Noise and activity at the lake will continue as the construction work moves forward.

The project is expected to be completed by Spring 2022.